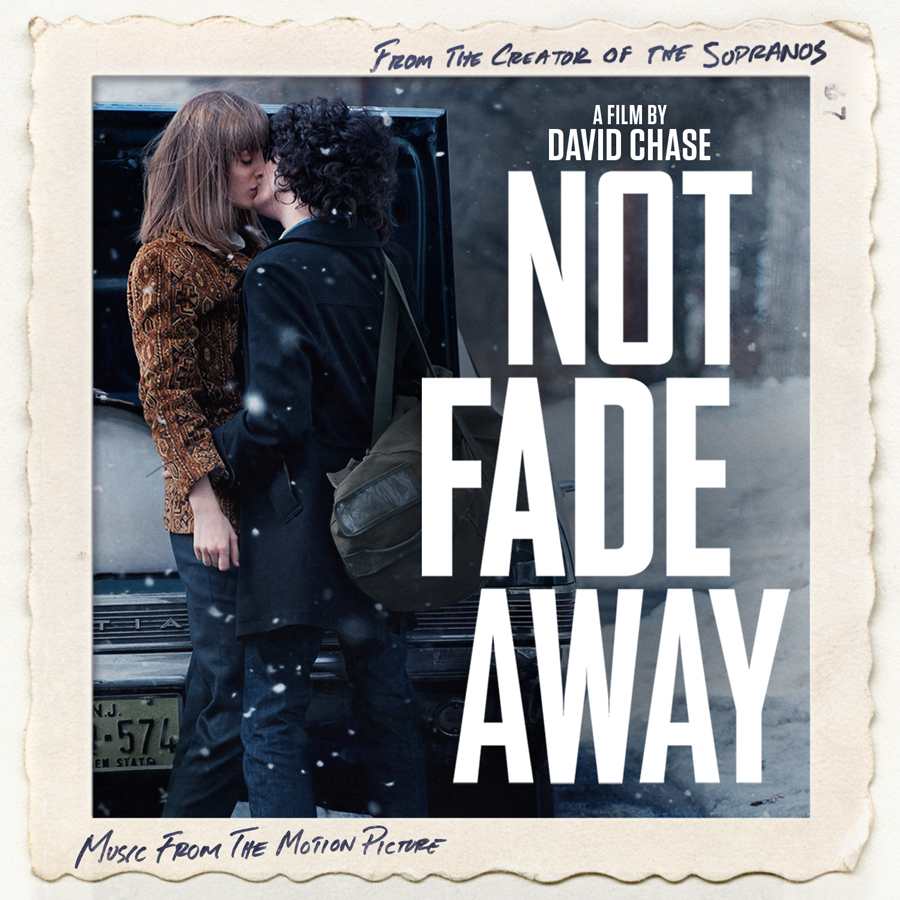 Not Fade Away (Music from the Motion Picture)

Because music is so central to the film, Chase worked closely with executive producer Steven Van Zandt in compiling recordings that are evocative of the era and propel the narrative of Chase’s screenplay. Van Zandt played Silvio Dante in Chase’s The Sopranos over the course of the groundbreaking series’ six seasons on HBO and in 2002, created “Little Steven’s Underground Garage,” a nationally syndicated rock radio show on SiriusXM Satellite Radio. He is a long-standing member of the E Street Band.

Thanks to Van Zandt’s efforts, the film’s soundtrack includes music from the Rolling Stones, Bo Diddley, Bob Dylan, Sex Pistols, James Brown, The Rascals, Van Morrison, Robert Johnson, Elmore James and many others. The soundtrack album also includes several songs performed by the band members portrayed in the film by actors Magaro and Huston, who cut their own vocal tracks, which were produced by Van Zandt. “Tell Me” and “Parachute Woman” are two classic Rolling Stones tracks featured on the Not Fade Away soundtrack release.

Van Zandt commented, “David Chase realizes that in film, like Bruce Springsteen in music, the more detailed, accurate, and nuanced the personal vision, the more compelling the work ends up being. Helping David realize his vision was one of the most satisfying projects of my life. Watching these young actors meet every challenge we threw at them was also quite inspiring.” Chase added, “Music is obviously the soul of this film. And working on the music, especially with Steven, was certainly the favorite part. John Magaro and Jack Huston sing on these tracks and they really stand up.”

Not Fade Away (Music from the Motion Picture)...

Not Fade Away (Music from the Motion...