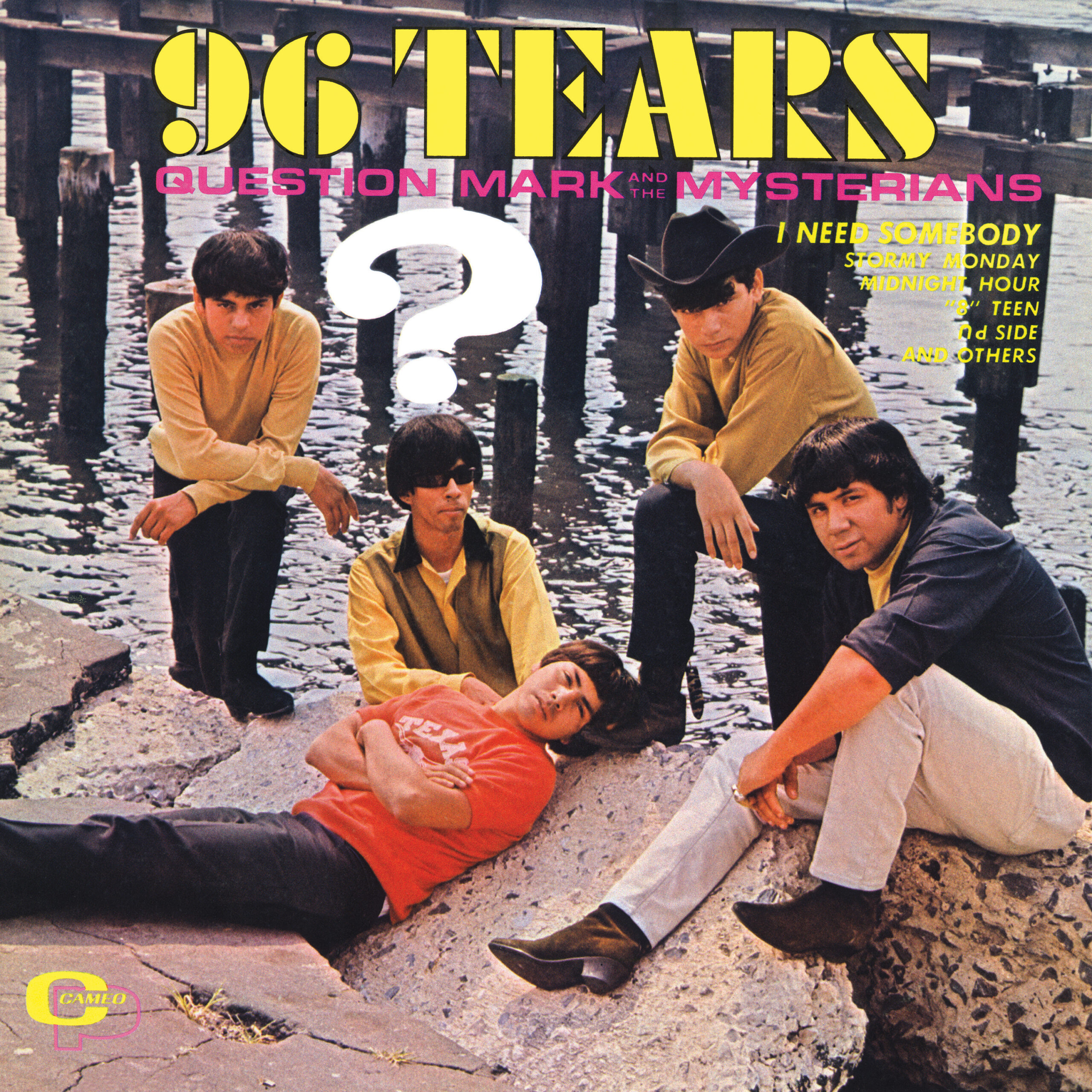 GET IT FROM THESE RETAILERS:
OFFICIAL STORE AMAZON APPLE MUSIC SPOTIFY

The raw-yet-infectious “96 Tears,” with its distinctive organ line was originally released on Pa-Go-Go Records in 1966, but quickly reissued by the more established Philadelphia-based label Cameo-Parkway Records. “96 Tears” swept the airwaves, hitting #1 on the Billboard Hot 100 on October 29, 1966, beating out The Monkees, Four Tops, The Rolling Stones, Elvis Presley, Sonny & Cher, The Beach Boys and many more. ? and The Mysterians’ debut album, also titled 96 Tears, followed in November of ’66 just as the single was crossing the one million sales mark. The LP, filled out with ten more originals — including the Top 40 hit “I Need Somebody” — plus a version of T-Bone Walker’s “Stormy Monday,” peaked at #66. In a May 1971 issue of Creem magazine, Dave Marsh referred to a ? and the Mysterians reunion as “a landmark exposition of punk-rock,” one of the very first times the genre was applied to a band. Not only did they influence others within punk, but they have also had a profound impact on music writ large. “96 Tears” was selected as one of Rolling Stone’s Greatest Songs of All Time.