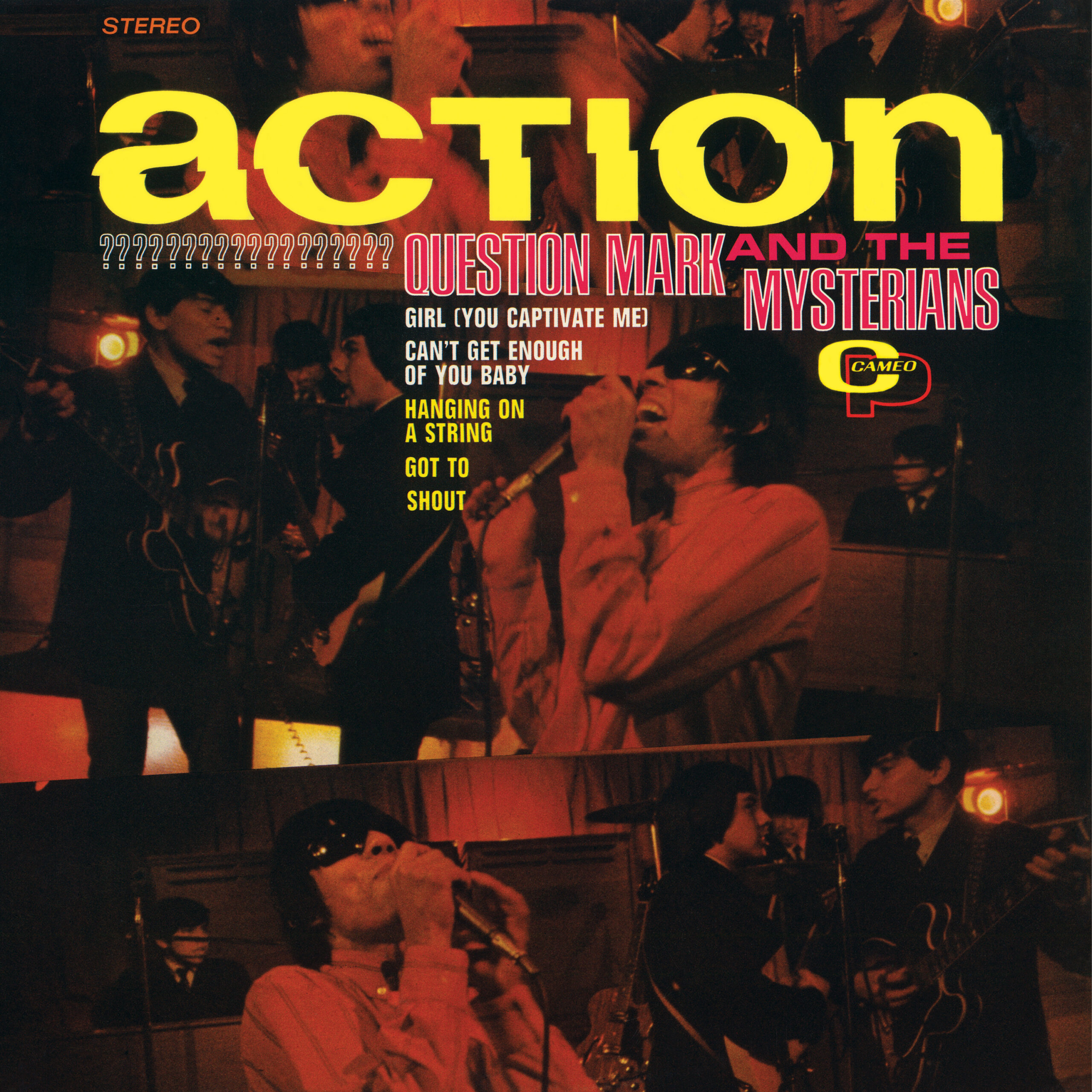 GET IT FROM THESE RETAILERS:
OFFICIAL STORE AMAZON APPLE MUSIC SPOTIFY

? and The Mysterians’ full-length Action was released in June of 1967. Their sophomore album is more evenly split between originals and covers, among them “Can’t Get Enough of You, Baby,” written by Denny Randell and Sandy Linzer and first recorded by The Four Seasons one year previous. ? (Question Mark) and The Mysterians’ version got to #56 on the Billboard Hot 100, faring better than Smash Mouth’s ubiquitous 1998 version. Also features: “Smokes,” “I’ll Be Back,” and “Don’t Hold it Against Me.” Action would be the band’s last studio album for more than three decades. In a May 1971 issue of Creem, Dave Marsh referred to a ? (Question Mark) and The Mysterians reunion as “a landmark exposition of punk-rock,” one of the very first times the genre was applied to a band. Not only did they influence others within punk, but they have also had a profound impact on music writ large.