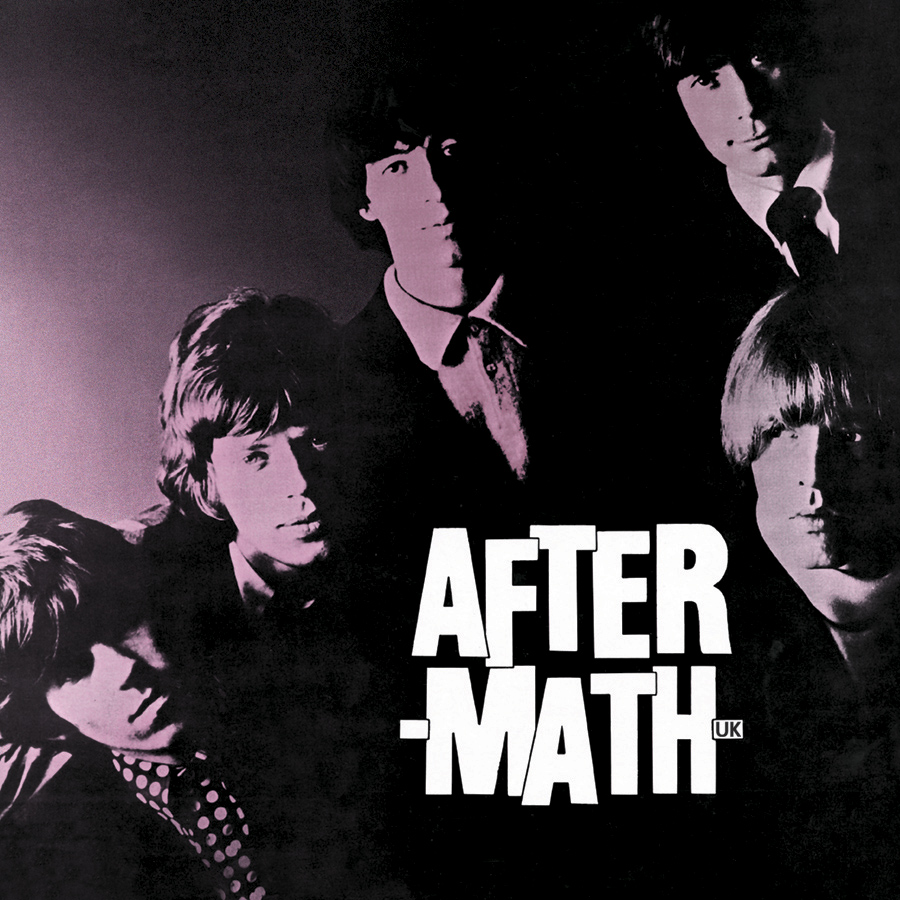 Album Review by Bruce Eder, AllMusic.com:
The British version of Aftermath was released earlier than its American counterpart and had several differences beyond its cover design: it runs more than ten minutes longer, despite not having “Paint It Black” on it (singles were usually kept separate from LPs in England in those days), and it has four additional songs — “Mother’s Little Helper,” which was left off the U.S. album for release as a single; “Out of Time” in its full-length five-minute-36-second version, two minutes longer than the version of the song issued in America; “Take It or Leave It,” which eventually turned up on Flowers in the U.S.; and “What to Do,” which didn’t surface in America until the release of More Hot Rocks more than six years later. Additionally, the song lineup is different, “Goin’ Home” closing side one instead of side two. And the mixes used are different from the tracks that the two versions of the album do have in common — the U.K. album and CD used a much cleaner, quieter master that had a more discreet stereo sound, with wide separation in the two channels and the bass not centered as it in the U.S. version. Thus, one gets a more vivid impression of the instruments. It’s also louder yet curiously, because of the cleaner sound, slightly less visceral in its overall impact, though the details in the playing revealed in the mixes may fascinate even casual listeners. It’s still a great album, though the difference in song lineup makes it a different record; “Mother’s Little Helper” is one of the more in-your-face drug songs of the period, as well as being a potent statement about middle-class hypocrisy and political inconsistency, and “Out of Time,” “Take It Leave It” (which had been a hit for the Searchers), and “What to Do,” if anything, add to the misogyny already on display in “Stupid Girl” and “Think,” and “Out of Time” adds to the florid sound of the album’s psychedelic component (and there’s no good reason except for a plain oversight by the powers that be for the complete version of “Out of Time” never having been released in America).