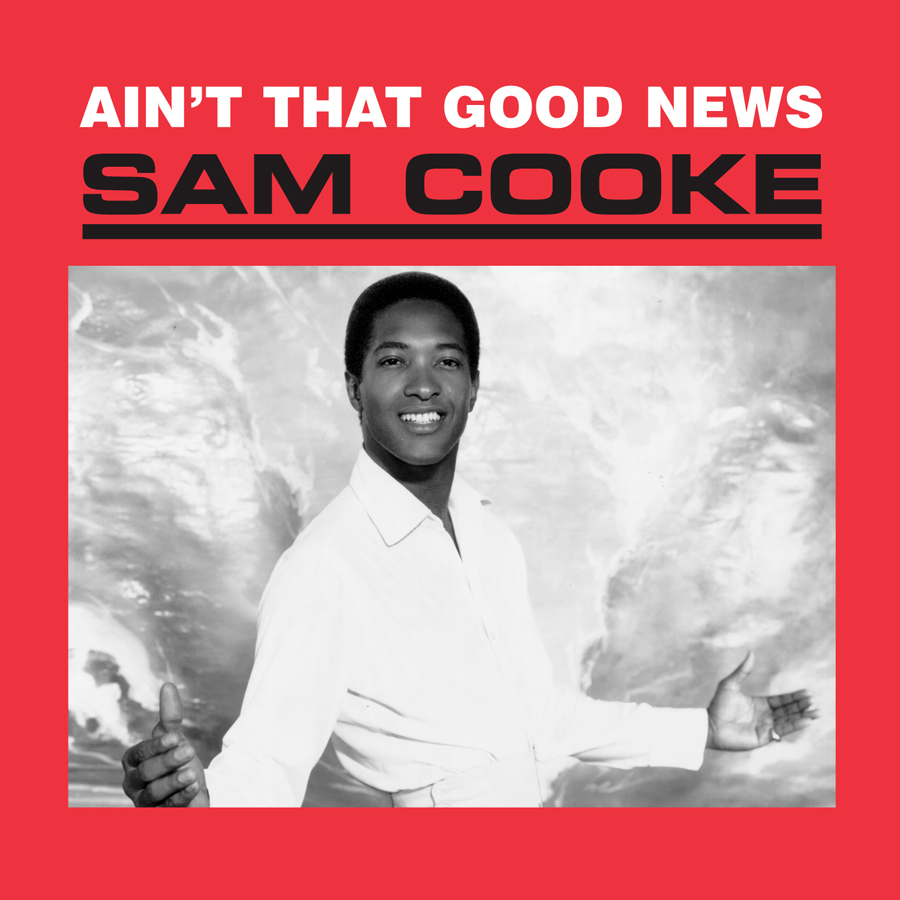 GET IT FROM THESE RETAILERS:
HD TRACKS AMAZON iTunes SPOTIFY Google Play

Album Review by Bruce Eder, AllMusic.com
The last of his studio albums released in his lifetime, Sam Cooke’s Ain’t That Good News offers a lot of superb material, pointing in several directions that, alas, were to go largely unexplored. The central number is, of course, the earth-shattering “A Change Is Gonna Come,” with its soaring gospel sound and the most elaborate production of any song in Cooke’s output. The rousing though less substantial title track also came out of a gospel tradition, as does Cooke’s treatment of “Tennessee Waltz,” which is one of his finest adaptations of contemporary pop material. “Falling in Love” was the work of Harold Battiste, an old friend of Cooke’s who had recently re-entered his orbit and was partly responsible for encouraging the singer in exploring the New Orleans sound that was evident on “Rome Wasn’t Built in a Day” and “Meet Me at Mary’s Place.” And then there’s “Good Times,” a bittersweet, introspective party number, and the pensive successor to “Twistin’ the Night Away.” There are a few moments where the spell is almost broken by the intrusion of what seems like pop material, but even Cooke’s version of “The Riddle Song” is worth owning, as a glimpse of how he could turn a folk song into a something so quietly soulful that its origins disappeared. With the exception of “Another Saturday Night,” which had been released as a single early in the previous year, Ain’t That Good News comprised the first material that Cooke had recorded in the six months following the drowning death of his 18-month-old son Vincent; it was also the first album that Cooke recorded and released under his new contract, which gave him greater freedom in choosing repertory and sidemen than he’d ever had, and so it offered a lot of pent-up emotional and musical expression, and, as it turned out, was tragically unique in the singer’s output. Ain’t That Good News was reissued in June of 2003 as an extraordinary audiophile-quality hybrid CD/Super-Audio CD edition by ABKCO Records, with full music and session credits. The sound on that edition literally blows any prior edition of the album, or any earlier CD release of those songs.