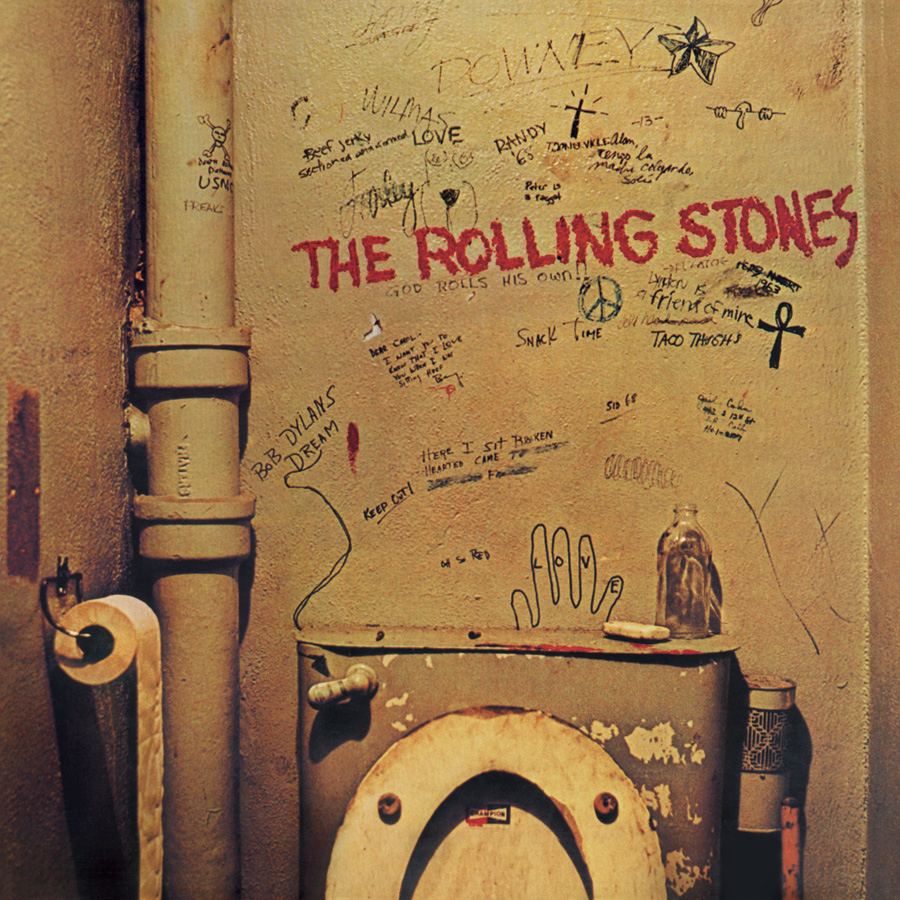 The Rolling Stones returned to their blues roots on Beggars Banquet, which was immediately acclaimed as one of their landmark achievements. A strong acoustic Delta blues flavor colors much of the material, particularly their definitive interpretation of Robert Wilkins’ “Prodigal Son” and their own Jagger/Richards original, “No Expectations” which features some beautiful slide guitar work by founding member and multi-instrumentalist Brian Jones. Basic rock ‘n’ roll is not forgotten, however: “Street Fighting Man,” a reflection of the political turbulence of 1968, was one of their most innovative recordings. “Sympathy for the Devil,” with its fire-dancing guitar licks, leering Jagger vocals, Samba rhythms, haunting back-up vocals and explicitly satanic lyrics, was an image-defining epic. On “Stray Cat Blues,” Jagger and crew began to explore the kind of decadent sexual experimentation that would foreshadow the ’70s era of celebrated debauchery. At the time, the approach was fresh, and the lyrical bite of most of the material ensured Beggars Banquet’s place as one of the top blues-based rock records of all time. The album reached Top Ten on the U.S. and U.K. album charts in 1968 and 1969 and was recorded at Olympic Sound Studios in London and Sunset Sound Studios in Los Angeles from February to July 1968. Originally produced by Jimmy Miller, this re-release was sourced from the first generation stereo master tape at the correct speed. It features guest musicians and vocalists: Nicky Hopkins, Rocky Dijon, Ric Grech, Dave Mason and The Watts Street Gospel Choir. The album achieved Platinum status.