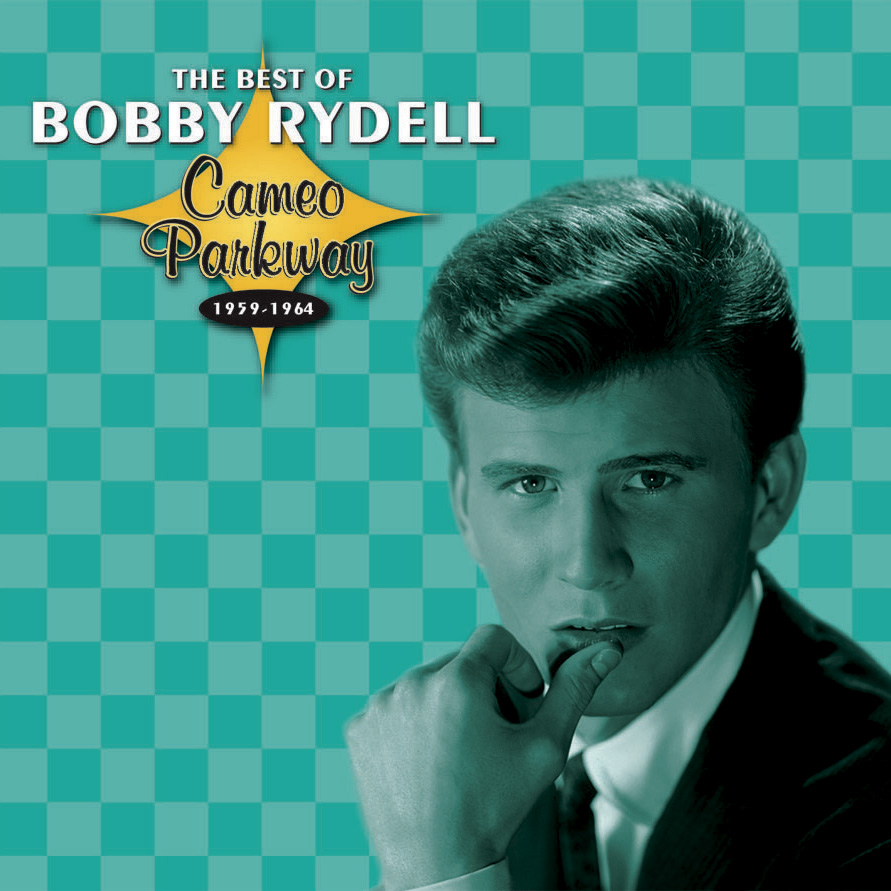 GET IT FROM THESE RETAILERS:
AMAZON iTunes google play spotify

Album Review by Stephen Thomas Erlewine, AllMusic.com:
Abkco’s 2005 collection The Best of Bobby Rydell: Cameo Parkway 1959-1964 is the first time Rydell’s biggest, best hits have been issued on a legitimate CD and while this is a long overdue release — it’s hard to believe that it took 20 years into the CD revolution for this and other Cameo Parkway recordings to be released — it is a very well-executed collection. At a generous 25 tracks, this has all of Rydell’s big hits — “Kissin’ Time,” “We Got Love,” “Sway,” “Wild One,” “Volare,” “Good Time Baby,” “The Cha-Cha-Cha,” “Forget Him” — along with a good selection of smaller hits and his better singles. Much of this does sounded dated — it’s teen idol from the early ’60s, so it’s no surprise that it sounds like its time — but that’s part of the fun of this music: it evokes its time and while some of the backing vocals are a little overblown and some of the songs are a little silly, it still remains an infectious good time. Rydell’s best songs are on the four-disc Cameo Parkway 1957-1967 box set which was released earlier in 2005, so anybody that has that set may not need to dig deeper into his back catalog, but listeners wanting more of one of the biggest teen idols of the early ’60s will find plenty to like on this disc.