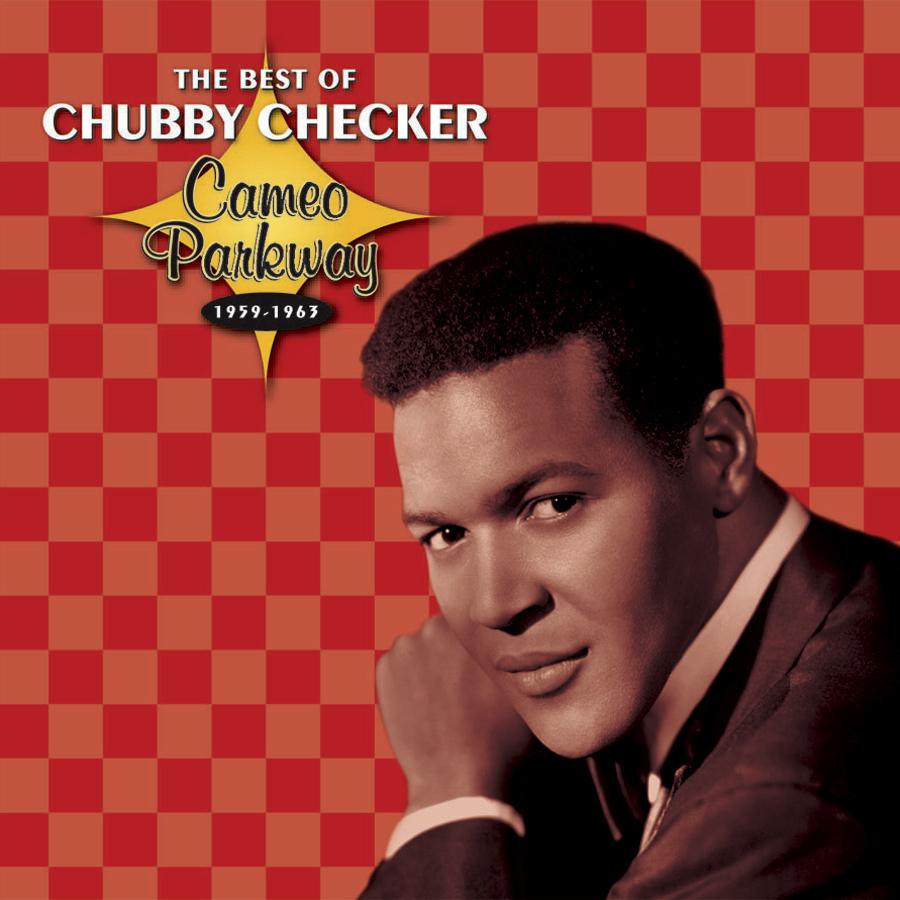 Album Review by Stephen Thomas Erlewine, AllMusic.com:
For a variety of reasons, all of the recordings for Cameo Parkway remained out of circulation until 2005, when Abkco finally unveiled the catalog, first as a box set called Cameo Parkway 1957-1967 in the spring, then as a series of individual artist compilations in the fall. Of those, the most eagerly-awaited collection was the one spotlighting Chubby Checker, since he was the biggest star on the label and the guy that got America twisting in the early ’60s. Checker might have had big hits, but his compilation, The Best of Chubby Checker: Cameo Parkway 1959-1963, is musically the thinnest of all the Cameo Parkway titles released in 2005. Checker wasn’t much of a vocalist — he got his break because he was an excellent mimic, capable of imitating such early rock & rollers as Fats Domino quite expertly (born Ernest Evans, the singer even played off Domino’s name when he came up with an alias for the stage). His first big break was “The Class,” where he did impressions of Fats, Elvis and, bizarrely, the Chipmunks, but his big hit came when he did a song-length impression of Hank Ballard doing “The Twist” in 1960. As Jeff Tamarkin points out in his good liner notes to this compilation, Chubby’s version of “The Twist” was “virtually identical to Ballard’s,” but Checker and Cameo Parkway were based in Philadelphia, the home of Dick Clark’s American Bandstand, where the singer and the song got enormous exposure. After it became a huge national hit, Checker and Cameo Parkway went back to the well numerous times — “Twistin’ USA,” “Let’s Twist Again,” a version of “Whole Lotta Shakin’ Going On” that contains all of Jerry Lee Lewis’ ad-libs, yet Chubby sings “whole lotta twistin’ goin’ on” — before the craze died down a bit. Once that happened, there were other dances to do — “The Hucklebuck,” “Pony Time” — which also produced several sound-alike records from Checker himself before “The Twist” came back, prompting another round of twist songs, like “Slow Twistin’.” Then, Checker had another dance craze with “Limbo Rock” (predictably followed by “Let’s Limbo Some More”), before he had a brief phase as a folk-pop singer pitched halfway between Harry Belafonte and the Rooftop Singers. When that ran dry, it was back to the Twist (“Twist It Up,” “Twistin’ Round the World”), before he parted ways with the label and slowly receded to the oldies circuit.

What ties all this music together, even the folk excursion, was that it was lightweight dance music and, when taken together as a full album, it gets to be a little bit much. Checker sings each song the same way, the beats are all the same, and often the songs recycle the same chords, sometimes even the word and hooks. This was music that was meant to exist in the moment and decades later, it sounds trapped in that moment — it hasn’t aged as well as the best rock & roll of the early ’60s, not even the novelties. Checker doesn’t have forgotten classics — even some of hits wear out their welcome quickly — so this will wear out its welcome quickly for all but those that have a high tolerance for his work, or have a great nostalgia for this time. For those listeners, this is a good compilation — the sound is good, the notes are good and at 24 tracks, this is quite generous — but all other listeners will find that Checker’s hits are better heard on the Cameo Parkway set, where they’re balanced by other, better singles in the same vein.