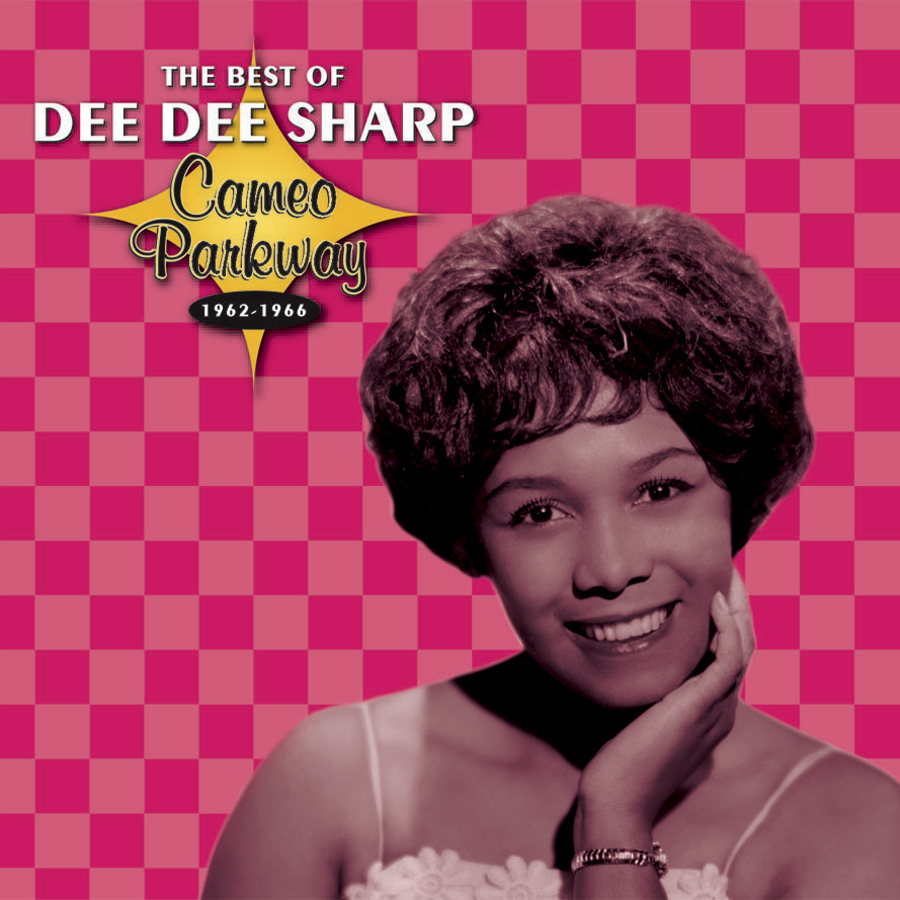 Album Review by Tim Sendra, AllMusic.com:
Dee Dee Sharp reached the big time with the novelty hit “Mashed Potato Time” in 1962, while the follow-up, “Gravy (For My Mashed Potatoes),” hit the Top Ten as well cemented her status as a novelty singer. As The Best of Dee Dee Sharp 1962-1966 shows, despite being unfairly remembered as such she in reality was a powerful singer blessed with a wonderfully clear voice. Indeed her soulful and direct style makes even the silliest song (“Do the Bird!,” “Baby Cakes”) sound real and gives the better songs here (“Just to Hold My Hand,” “Why Don’t You Ask Me”) an extra kick. That she never really had a hit after the “Mashed Potato” saga meant that Sharp and Cameo-Parkway tried different sounds and styles, looking for that elusive next smash. Sharp sounded at ease with every style, lightly bopping through dance numbers like the slinky “Let’s Twine,” the hard-hitting girl group sound of “You Ain’t Nothin’ But a Nothin’,” the gospel soul of “Rock Me in the Cradle of Love,” the silky Chicago-styled soul of “(That’s What) My Mama Said,” and the proto-Philly soul of “I Really Love You.” At least one song, the bouncy and nearly perfect Motown facsimile “There Ain’t Nothing I Wouldn’t Do for You,” should have been a huge smash, and many others should have gotten more than just a toe on the charts. It wasn’t for lack of talent. Both Sharp and her collaborators, who included Bob Crewe, Carl Davis, Kenny Gamble, and Leon Huff, were loaded with the stuff. Whatever the reason, Sharp isn’t usually on the list when great female singers of the ’60s are discussed. Perhaps this collection, the first to put the spotlight on her Cameo sides, will help to change that. Even if it doesn’t, fans of the ’60s girl sound will be overjoyed to finally have a legitimate Dee Dee Sharp collection.