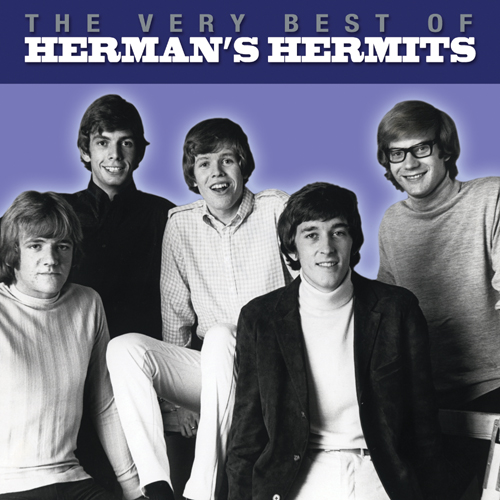 The Very Best of Herman’s Hermits

The Very Best of Herman s Hermits (Peter Noone, Keith Hopwood, Karl Green, Derek Leckenby and Barry Whitwam) is the must-have CD for any Herman s Hermits fan. The Hermits were at the forefront of the British Invasion and, in 1965, the top selling pop act in the U.S., even surpassing out the Beatles! This brand new compilation contains all of the band s chart-topping singles including the Grammy nominated Mrs. Brown You ve Got A Lovely Daughter, which evolved into a feature film, as well as I m Henry The VIII, I Am, Can t You Hear My Heartbeat, Listen People, There s A Kind Of Hush and the band s take on the Sam Cooke classic (What A) Wonderful World.