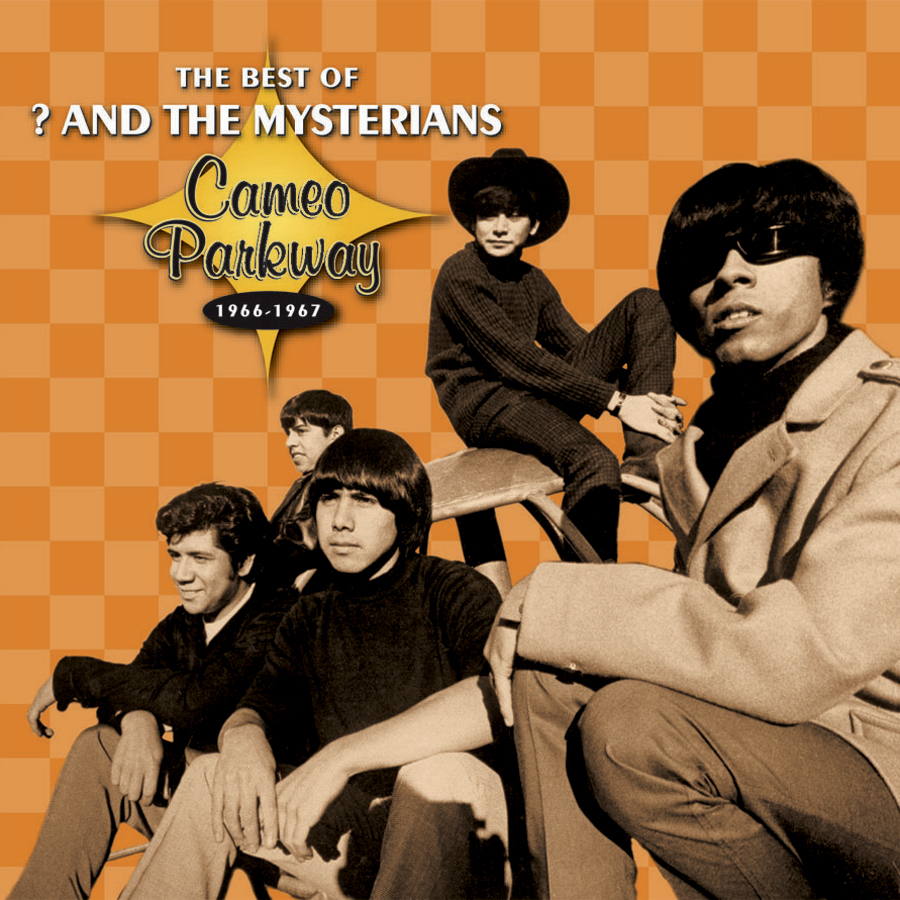 Album Review by Stephen Thomas Erlewine, AllMusic.com:
Abkco’s 2005 compilation The Best of ? & the Mysterians: Cameo Parkway 1966-1967 is the first official CD release of the Michigan garage rocker’s classic Cameo Parkway recordings, but for hardcore garage rock collectors, it might look a little bit similar to a 1995 unofficial release called Original Recordings. The discs not only share 25 tracks but they’re presented in the same sequencing. Then again, that shouldn’t be a surprise since both discs contain the entirety of the quintet’s two full-length LPs — the 1966 96 Tears and its 1967 follow-up Action — plus the “Do Something to Me”/”Love Me Baby (Cherry July)” single. The ’95 release contains five tracks that didn’t make it to this release, but this has two previously unreleased versions of “Midnight Hour” and “96 Tears,” neither of which were as a good as the released versions (the alternate “96 Tears” is surprisingly limp, actually). As should be expected from an official release, Abkco’s Best Of has much better sound — clean, but retaining the grit and murk that distinguished the Mysterians’ LPs — and a good set of liner notes from Jeff Tamarkin that detail the history of this shadowy band. Their music remains a little hit and miss — only “96 Tears” is a stone-cold classic, and it’s surely one of the great rock & roll singles ever, but they have several other strong garage rockers, particularly on the second album — but despite the handful of generic moments, it’s still a blessing that the original ? & the Mysterians records have not only finally made it to CD, but in such an appealing fashion as this.