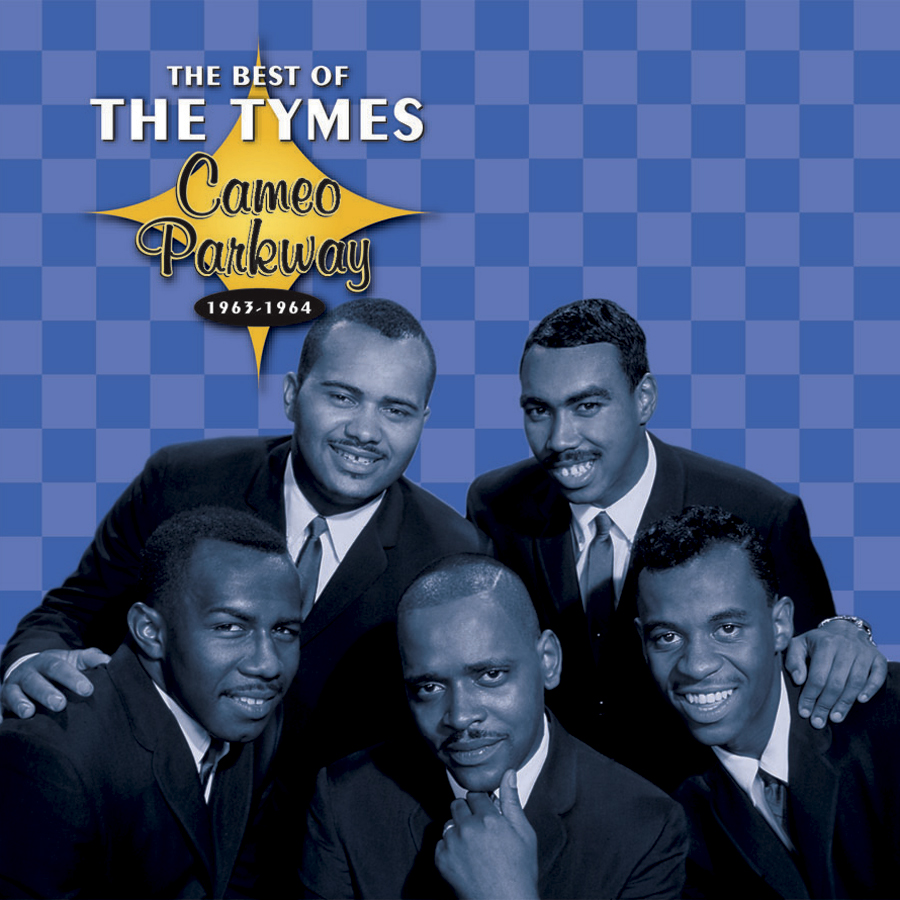 Album Review by Steve Leggett, AllMusic.com:
Philadelphia’s Tymes were one of the sweetest vocal groups to ever step into a recording studio. Led by the warm, expressive tenor of George Williams, whose voice and phrasing were heavily influenced by Johnny Mathis, and blessed with a producer at Cameo Parkway Records, Billy Jackson, who knew exactly how to record them, the Tymes hit right out of the box with their debut single, the sparse and elegant ballad “So Much in Love” in 1963. Written by Williams, the song was given a simple, floating arrangement by Jackson that was driven by what would become the group’s trademark finger snaps and featuring smooth-as-honey vocals by Williams and fellow group members Al “Ceasar” Barry, George Hilliard, Norman Burnett, and Donald Banks. The Tymes followed this classic with a version of “Wonderful! Wonderful!” (the song that launched Mathis’ own career in 1957) that was every bit as strong as “So Much in Love,” and completed the hat trick with a third impressive single, “Somewhere.” Everything the Tymes recorded with Jackson at Cameo Parkway had this same high quality, and the future looked more than bright, but the group’s run on the pop charts pretty much ended with the advent of Beatlemania in 1964, which signaled a sea change in the recording industry. For some reason Cameo Parkway never released the Tymes catalog on CD until 2005, and this collection marks the debut of the Tymes in the digital age, some 40 years after these classic ballads were recorded. Gorgeously arranged and sung, the tracks compiled here have an elegant, timeless quality that works in part because of their simple sparseness, which allows the Tymes plenty of breathing room to do what they do best, which is sing like the angels sing. “So Much in Love,” “Wonderful! Wonderful!,” and “Somewhere” are all here, along with other gems like “Here She Comes” (one of the few instances where the Tymes go upbeat) and the sublime “The Lamp Is Low.” Better late than never, this CD is essential listening for fans of the vocal group genre.