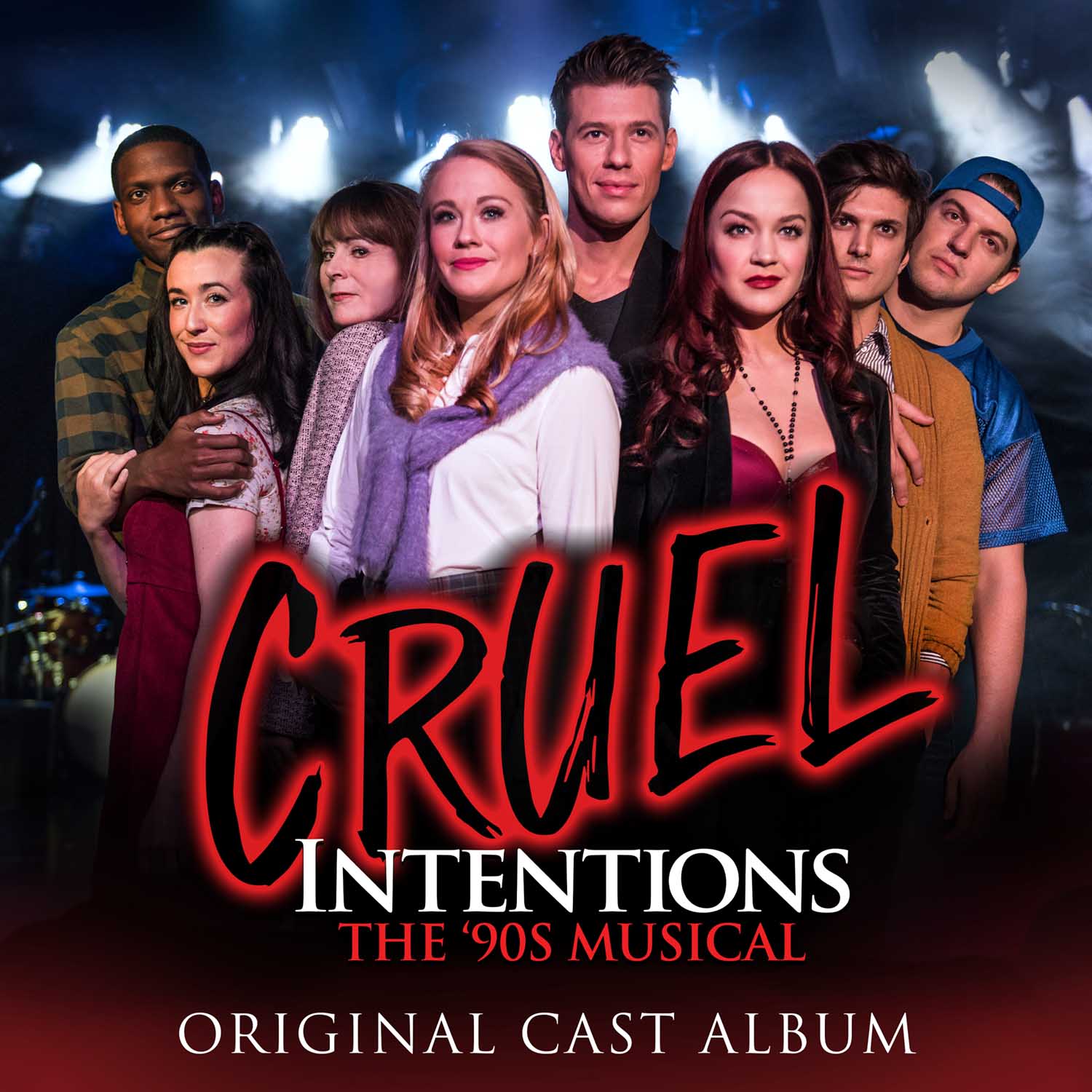 Coinciding almost perfectly with the 20th anniversary of the Roger Kumble film from which it is based, the new Off-Broadway musical Cruel Intentions uses hit songs from the 1990s as its central motif. Cast members pay tribute to the decade with stellar performances of The Verve’s “Bittersweet Symphony,” Christina Aguilera’s “Genie In a Bottle,” the Cardigans’ “Lovefool” and the lead single “Breakfast at Tiffany’s” originally by Deep Blue Something.

Created by Jordan Ross, Lindsey Rosin and Roger Kumble, Cruel Intentions: The 90s Musical (and its cinematic predecessor) is an adaption from the classic 1792 French novel Les Liaisons Dangereuses by Pierre Choderlos de Laclos. The musical debuted in Los Angeles in 2015, where it immediately became a sensation with sold out performances mandating a move to a bigger venue. In 2017, the production was recreated off-Broadway at (le) Poisson Rouge in Manhattan were it was met with critical acclaim. Vanity Fair described it as “perfect nostalgia – sweet, silly, sincere . . . and genuinely joyous.” Following a sold-out engagement in the winter of 2017, Cruel Intentions: The 90s Musical returned for a six-month, thrice-extended run. In 2019 the production will hit the road for the first time, traveling up and down the East Coast, Midwest and South.

Two time Grammy-winning record producer Stewart Lerman took music director Zach Spound’s orchestrations and arrangements from Cruel Intentions: The 90s Musical into his studio in August of this year. No Doubt’s “Just a Girl,” Counting Crows’ “Colorblind” and a unique version of TLC’s “No Scrubs” were brought to life by cast members Carrie St. Louis, Constantine Rousouli, Alex Boniello and Patricia Richardson, whose performances intertwine plot points with the original lyrics of these recognizable hits. The New York Times review of the musical pointed specifically to the “inspired soundtrack” as a strong suit. “The denouement, set to the Verve’s ‘Bitter Sweet Symphony,’ was worthy of Scorsese.”

Cruel Intentions: The ‘90s Musical producer, Eva Price, commented, “We are honored to celebrate this exciting anniversary and immortalize the New York cast’s voices with this album before seeing the show live at venues across the country.”

Roger Kumble, who wrote the screenplay and directed the 1999 film, commented, “Never in my darkest fantasies would I believe twenty years later, my movie about a pair of hedonistic Manhattan step-siblings would turn into a musical – an amazing musical that even people who hate musicals would love, complete with a soundtrack loaded with the greatest ‘90s guilty pleasure songs.”