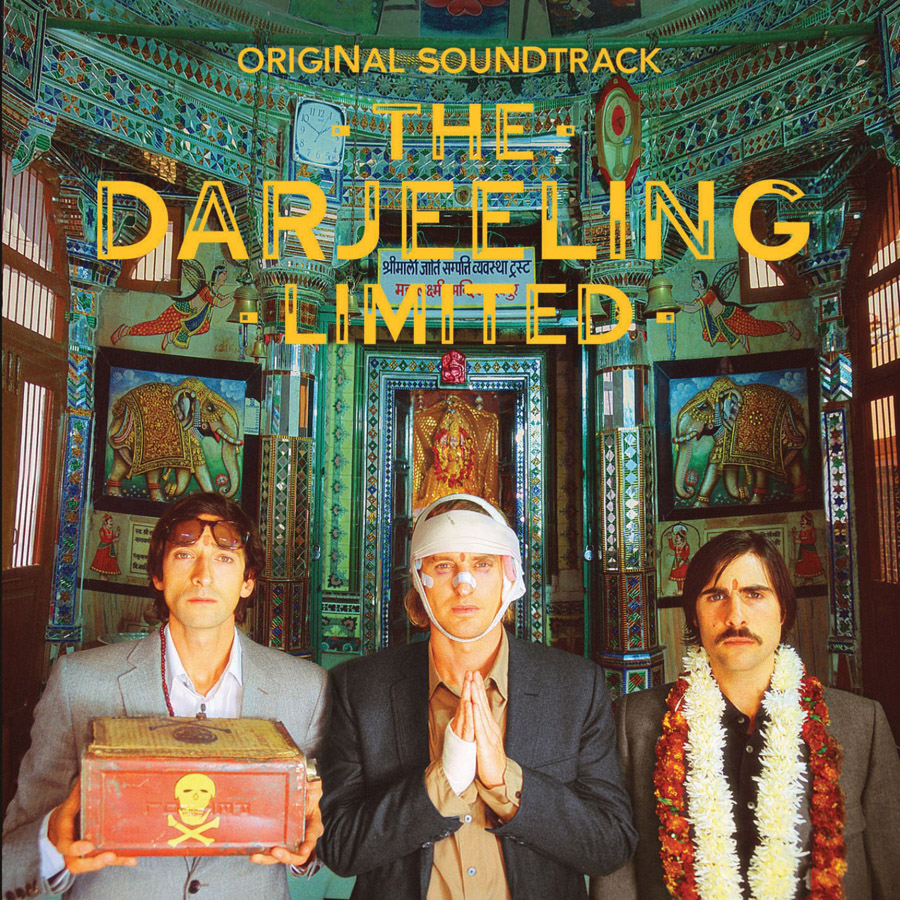 GET IT FROM THESE RETAILERS:
AMAZON iTunes SPOTIFY google play

Director Wes Anderson’s much anticipated film The Darjeeling Limited from Fox Searchlight stars Owen Wilson, Adrien Brody, Jason Schwartzman and Angelica Houston and offers one of the most eclectic soundtracks of contemporary films. The film, the story of a cross country train voyage by three disaffected brothers, is set to the music created by legendary Indian director Satyajit Ray for his own films as well as music from Merchant Ivory’s early Indian films. The soundtrack also includes music by the Kinks, Peter Sarstedt, French pop singer Joe Dassin as well as the Rolling Stones. In the liner notes to the album, Anderson comments on the use of the music from Satyajit Ray and Merchant Ivory films, “I am very happy to have been allowed to use the music from these films, which cast such a spell over me, and I hope it will do the same for you in this new context.”