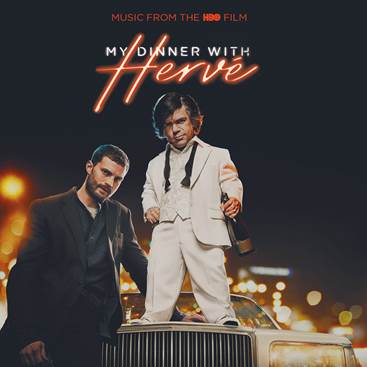 My Dinner with Hervé (Music from the HBO Film)

GET IT FROM THESE RETAILERS:
FILM SPOTIFY APPLE MUSIC AMAZON

The official soundtrack album for the HBO original film My Dinner with Hervé, directed by Sacha Gervasi, features original score composed by David Norland (Anvil! The Story of Anvil, November Criminals). Inspired by a real story, the film explores the unlikely friendship between struggling journalist Danny Tate (Jamie Dornan) and French actor Hervé Villechaize (Peter Dinklage), as it unfolds over one wild night in L.A. — an encounter that will have life-changing consequences for both.

My Dinner with Hervé (Music From The HBO Film)