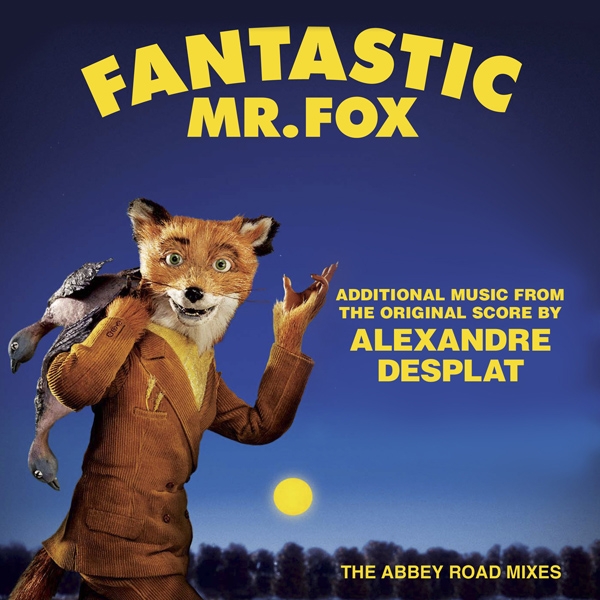 GET IT FROM THESE RETAILERS:
Amazon iTunes Spotify Google Play

FANTASTIC MR. FOX is Desplat’s third Academy® Award nomination. His first was for his score for THE QUEEN (2007), followed by THE CURIOUS CASE OF BENJAMIN BUTTON (2008). The MR. FOX soundtrack also received a BAFTA Award nomination for Best Score as well as a 2009 Los Angeles Film Critics Association nomination for Best Music Score. Desplat’s work on the score for FANTASTIC MR. FOX was lauded by numerous critics, including the New York Times’ A.O. Scott who called it “eccentric and just right.”

Throughout Alexandre Desplat’s award-winning career, he has successfully managed to blend his eclectic musical influences of classical, jazz and soundtrack scores into a unique sound all his own. After composing the music for over 50 European films and receiving his first two prestigious Cesar Award nominations, Desplat hit the ground running in Hollywood in 2003 with his score for THE GIRL WITH THE PEARL EARRING, for which he received a Golden Globe nomination for Best Original Score.

Randall Poster, Wes Anderson’s co-producer on the soundtrack concludes, “The Alexandre Desplat/Wes Anderson collaboration on FANTASTIC MR. FOX resulted in some of the most unique and compelling film music that I have ever heard. Working very closely, Alexandre and Wes created an incomparable musical element that renders the magical world of Roald Dahl inimitably. People were so enthralled and captivated by Desplat’s music that a second collection of pieces drawn from his FANTASTIC MR. FOX score was compiled and is now available.”