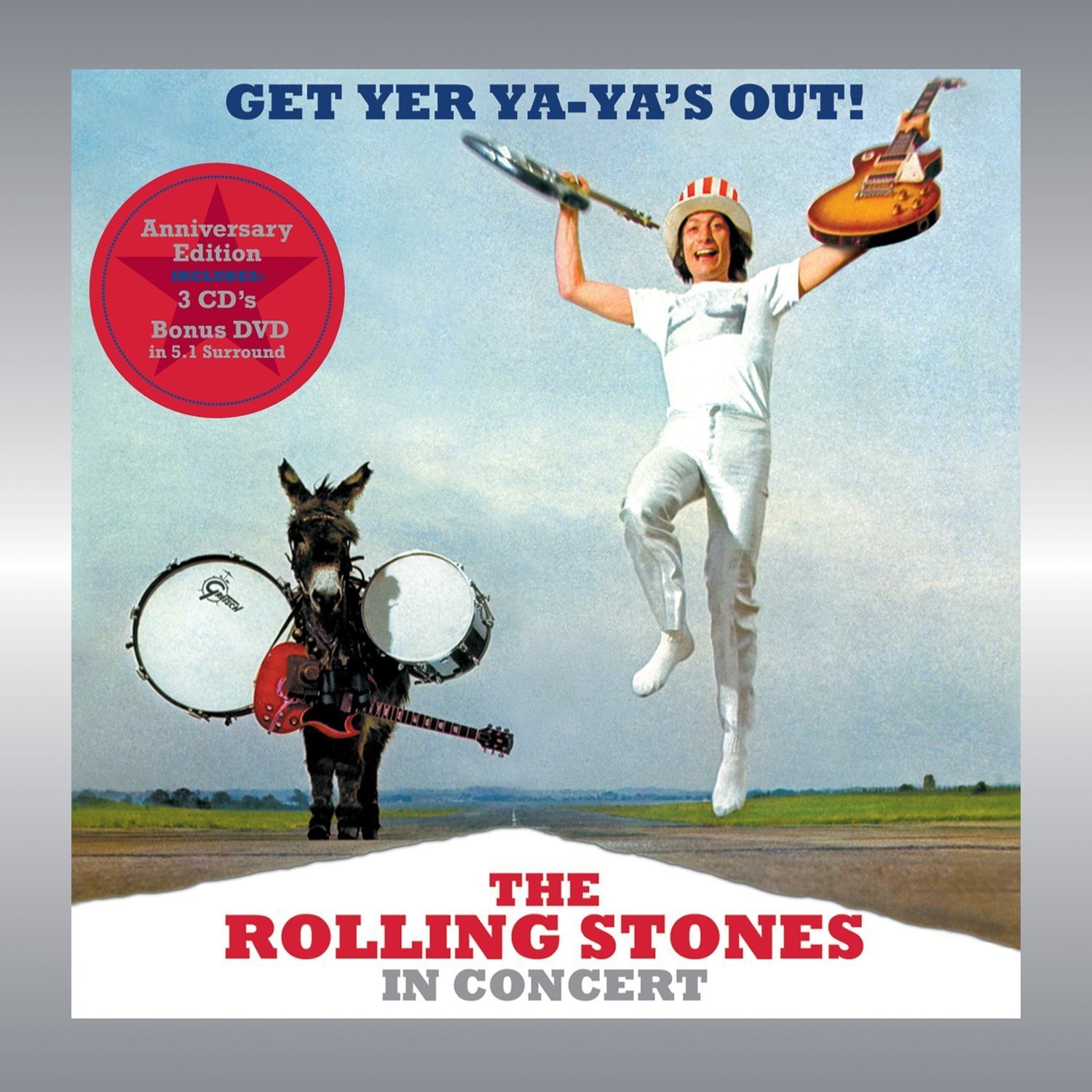 Get Yer Ya-Ya’s Out! The Rolling Stones In Concert (Super Deluxe Box Set)

GET YER YA-YA’S OUT! THE ROLLING STONES IN CONCERT

Three 180 gram audiophile quality vinyl LPs (one side of which features an etched replica of the album’s key art, with signatures from Mick Jagger, Keith Richards, Charlie Watts, Bill Wyman and Mick Taylor), 3 CDs that mirror the exact content on the LPs, 1 DVD, a 12 X 12/56-page Collector’s Book and a 12 X 12 replica of the original 1969 poster by Grammy Award© winning artist David Edward Byrd, whose works include the commemorative poster from the original Woodstock Festival and the historic Fillmore East posters from 1968 to 1971. The first LP is a newly remastered version of the original GET YER YA-YA’S OUT! release. The second LP features 5 unreleased tracks by The Rolling Stones culled from the November 27 & 28, 1969 Madison Square Garden concert master tapes. The third LP features 12 never before released tracks by opening acts B.B. King and Ike & Tina Turner. The DVD features performances by the Rolling Stones from their 2 night concert at Madison Square Garden, backstage footage, scenes of Keith Richards in the studio and footage of the GET YER YA-YA’S OUT! album cover shoot, all shot by Albert and David Maysles. The 56-page Collector’s Book includes photos and an essay by acclaimed photographer Ethan Russell, an original article by Lester Bangs from Rolling Stone magazine and remembrances from concert-goers. A limited number of the Super Deluxe Box Sets will also contain an insert with a code to download “I’m Free (Live)” for Guitar Hero 5.

PLUS footage shot by Albert and David Maysles from backstage, in-studio and from the “Get Yer Ya-Ya’s Out” album cover shoot