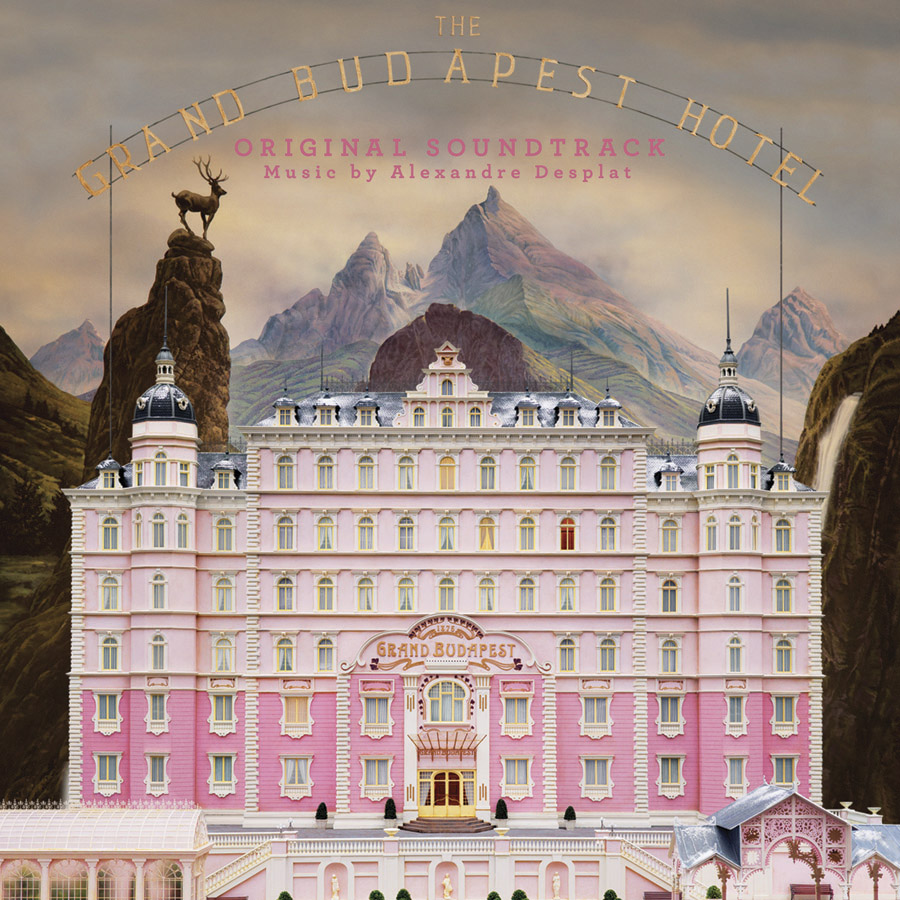 ‘The Grand Budapest Hotel (Original Soundtrack),’ the musical accompaniment to Wes Anderson’s latest film, is out on ABKCO Records on March 4, 2014. Produced by Anderson and long-time collaborator Randall Poster, the soundtrack features music from Academy Award®-nominated composer Alexandre Desplat and performances by the Osipov State Russian Folk Orchestra. To help create the film’s musical character, the team chose a combination of Desplat’s original compositions, traditional Russian folk songs and an exquisite Vivaldi piece to set the scene for a chase through the snowy tundra in this gripping tale of intrigue.

THE GRAND BUDAPEST HOTEL recounts the adventures of Gustave H, a legendary concierge at a famous European hotel between the wars, and Zero Moustafa, the lobby boy who becomes his most trusted friend. The story involves the theft and recovery of a priceless Renaissance painting and the battle for an enormous family fortune — all against the back-drop of a suddenly and dramatically changing Continent. THE GRAND BUDAPEST HOTEL will see a February 6, 2014 premiere at the Berlin International Film Festival, and will be released in the U.S. on March 7, 2014 by Fox Searchlight Pictures.

“THE GRAND BUDAPEST HOTEL takes place 100 years ago in an invented country that might be described as part Czech, part Hungarian, part Polish, part Russian, part German — and a little bit 1930’s movie-studio in Culver City,” Wes Anderson commented. “The music, however, comes from Paris, where gifted French composer Alexandre Desplat incorporated a variety of regional sounds and musical forms to make what we call “Zubrowkian” music: something vaguely familiar — but, nevertheless, not quite like anything else.”

Alexandre Desplat previously composed the original score for Wes Anderson’s 2012 release ‘Moonrise Kingdom,’ in addition to ‘Fantastic Mr. Fox’ for which he received his 3rd Oscar nomination in 2010. Other Oscar nominations were received for ‘The King’s Speech’ in 2011, ‘Argo’ in 2012 and in 2014 for Stephen Frears’ ‘Philomena.’ Desplat has received several GRAMMY® nominations, the latest in 2014 for ‘Argo’ and ‘Zero Dark Thirty.’ He also won a GRAMMY® in 2012 for ‘The King’s Speech.’ Desplat has composed the music for over 70 European films, earning multiple César (France’s equivalent of the Oscar) Award nominations and winning the César for scoring Roman Polanski’s ‘The Ghost Writer’ in 2011 and in 2013 for Jacques Audiard’s ‘Rust and Bone.’

Poster remarked, “THE GRAND BUDAPEST HOTEL soundtrack will take you into uncharted musical territory as Anderson and Desplat do a cultural mash up like no other. The tenth collection of music Wes and I have done together, this may be the most original yet. Balalaika players beware; here’s your new jam.”