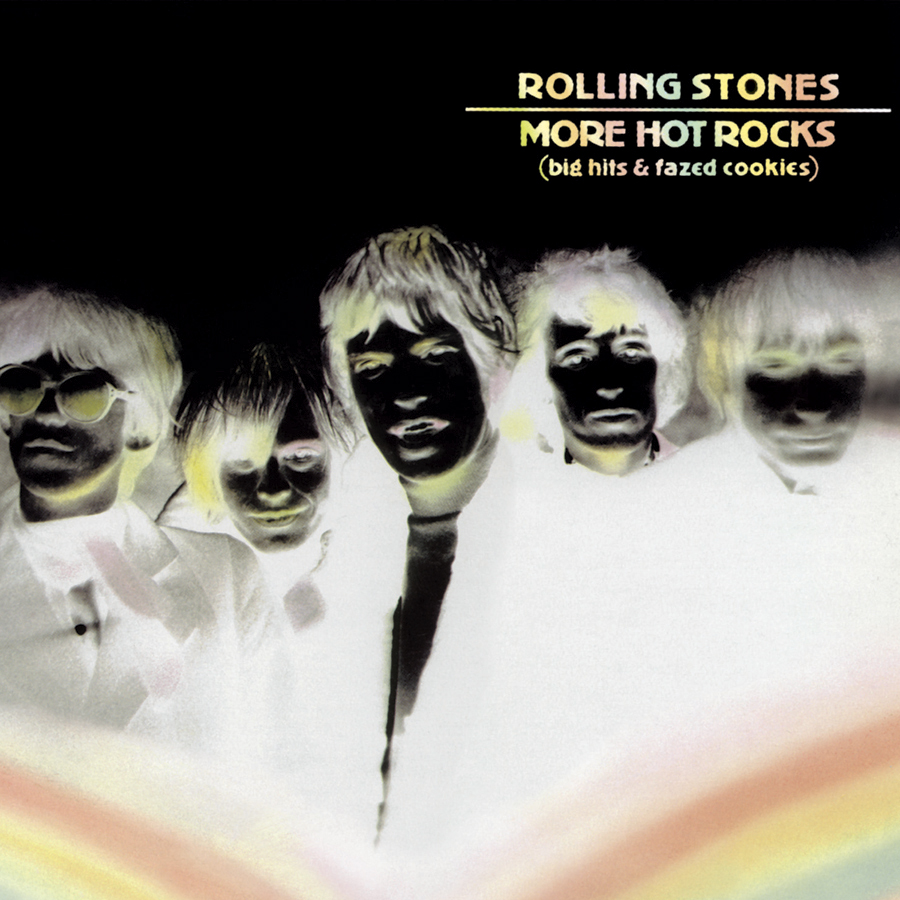 Album Review by Richie Unterberger, AllMusic.com:
Hot Rocks covers most of the monster hits from the Stones’ first decade that remained in radio rotation for decades to come. More Hot Rocks goes for the somewhat smaller hits, some of the better album tracks, and a whole LP side’s worth of rarities that hadn’t yet been available in the United States when this compilation was released in 1972. The material isn’t as famous as what’s on Hot Rocks, but the music is almost as excellent, including such vital cuts as “Not Fade Away,” “It’s All Over Now,” “The Last Time,” “Lady Jane,” the psychedelic “Dandelion,” “She’s a Rainbow,” “Have You Seen Your Mother Baby, Standing in the Shadow?,” “Out of Time,” “Tell Me,” and “We Love You.” The eight rarities are pretty good as well, including their 1963 debut single “Come On,” early R&B covers of “Fortune Teller” and “Bye Bye Johnnie,” great slide guitar on Muddy Waters’ “I Can’t Be Satisfied,” and the soulful 1966 U.K. B-side “Long Long While.”