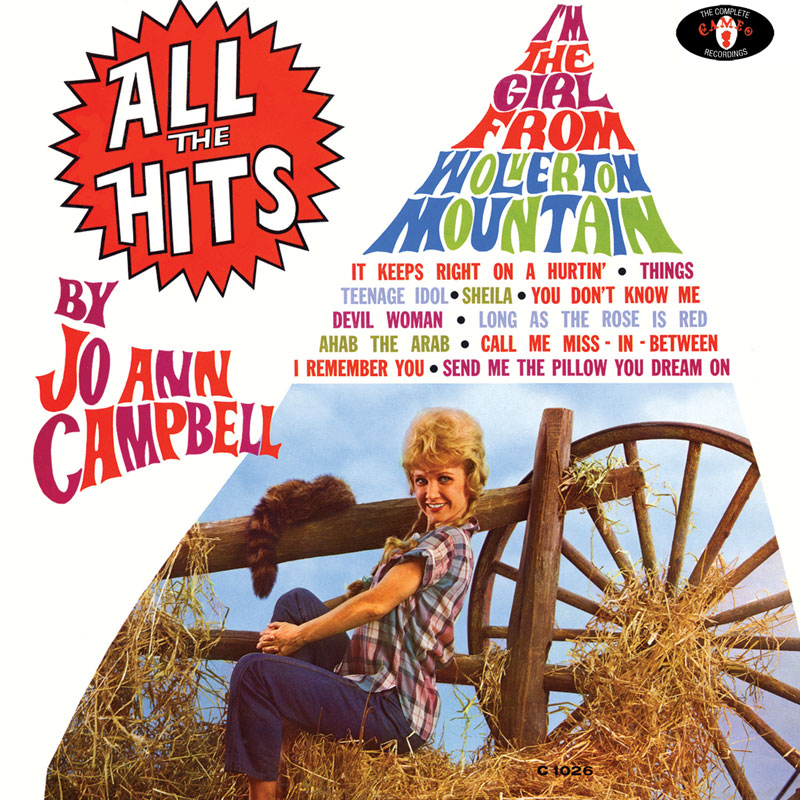 Alan Freed introduced Jo Ann Campbell as “our little blonde bombshell” in his jukebox movie Go Johnny Go, but Campbell had a lot more going for her than just her good looks. Almost alone among female singers of her day, Campbell was capable of singing dreamy pop songs one moment and belting out rockers with a set of pipes that rivaled Wanda Jackson’s the next. Jo Ann’s Gone and ABC recordings have been anthologized, but now, for the first time, ABKCO Music & Records and Real Gone have teamed up to bring you her complete recordings for the Cameo label, where she scored her biggest hit, “(I’m the Girl from) Wolverton Mountain.” Included is her 1962 album All the Hits (in stereo save for the aforementioned “Wolverton Mountain”), plus seven mono bonus sides (five singles and two unreleased tracks), carefully assembled by Abkco’s Chief Audio Engineer Teri Landi, from the original analog master tapes and notes by Ed Osborne featuring quotes from Jo Ann. And, oh yes, photos—LOTS of photos!