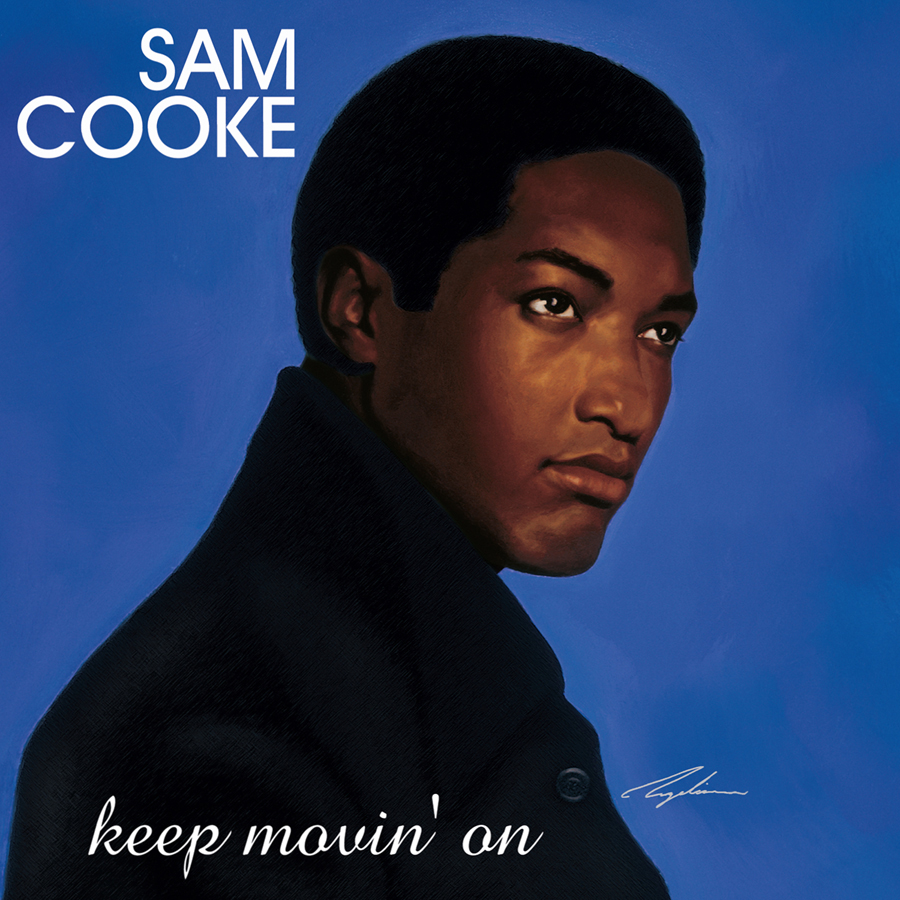 Album Review by Bruce Eder, AllMusic.com
This 23-song CD stands in Sam Cooke’s output roughly where those four posthumous LPs (beginning with Dock Of The Bay) stand in Otis Reddings catalog, with the major difference that Cooke’s work included far fewer leftovers and sides that were justified simply by being available — he seemed to throw a special effort into almost everything that ever recorded, and that goes double for this disc’s content, which encompasses the final year of his recording career. This was a period in which he explored several promising musical directions and broke through both to an extraordinarily sophisticated synthesis of his gospel roots with topical songwriting within a pop context. Listeners won’t find his most popular songs — “You Send Me”, “Chain Gang”, “Only Sixteen”, etc. — here, a result of the split control of his catalog between RCA and ABKCO, but they will find his most important and influential songs. Cooke was inactive in the studio for a significant chunk of 1963, following the drowning death of his infant son, and when he resumed work late in the year it was under a new contract that was to ultimately give control and ownership of his recordings to him (or, as events worked out, his manager, Allen Klein). Represented here is his foray into a New Orleans sound, on “Basin Street Blues” etc., which he’d never explored before — and which he shaped his own way — as well as his poignant recording of “The Riddle Song”, which (according to Peter Guralnick’s notes) was a way of his coming to terms musically with the death of his son; and “Good Times”, the somber-toned party song of Cooke’s that the Rolling Stones chose to cover, and the equally pensive and compelling “Another Saturday Night”, a relic of the first half of 1963 that fits equally well with this later material. On any other r&b collection, all of those tracks would be perceived as extraordinarily fine records, but Cooke himself raised the bar so high during the final months of his career, that they pale next to the most important of his songs: “Shake”, which embodied a harder, more visceral soul sound than Cooke had ever embraced before; and “A Change Is Gonna Come”. The latter, written by Cooke in the wake of his hearing Bob Dylan’s “Blowin’ In The Wind”, seemed to tie up his origins as a gospel singer with all that he had learned and experienced in the ensuing decade and, channeled through the topical subject of civil rights, became his greatest musical achievement — not his biggest hit, or his best known song even today, but his most accomplished piece of composition, singing, and recording. Cooke never had a chance to follow up either, and died before he could even assess the impact of either song — ironically, it was Otis Redding (who died almost three years later to the day) that took them into his repertory most successfully, and kept them out there, on record and, in the case of “Shake”, on stage as well; so this disc not only brings us to the final, magnificent phase of Cooke’s career, but also shows the door that he opened for Otis Redding et al. Keep Movin’ On should probably not be the only Sam Cooke compilation that a neophyte fan should buy, mostly because it covers only his late career and leaves out a lot of essential material, but it is an absolutely essential companion (along with the Harlem Square Club live disc) to the current RCA greatest hits disc or the 4-CD Man Who Invented Soul set, finishing the story that they start. Most of what’s here was never on CD before and hasn’t been available on vinyl in the US since the 1960’s, and even the tracks that have been out before are improved so significantly in the quality of their transfer to CD, that they’re like new releases, and they’re accompanied by superb annotation.