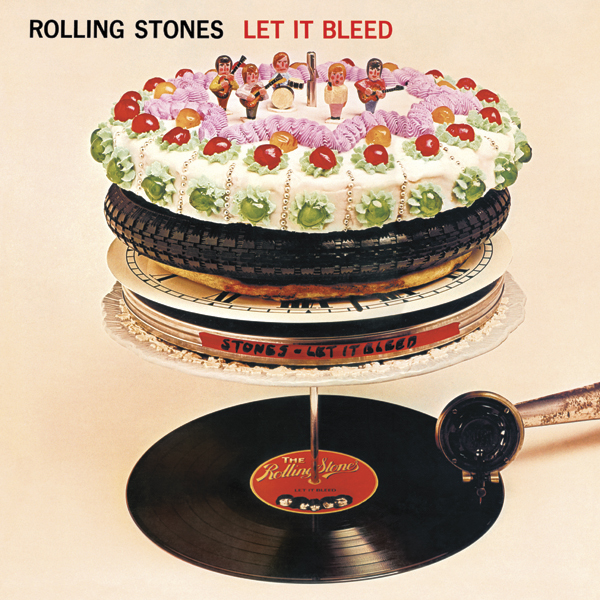 Album Review by Richie Unterberger, AllMusic.com:
Mostly recorded without Brian Jones — who died several months before its release (although he does play on two tracks) and was replaced by Mick Taylor (who also plays on just two songs) — this extends the rock and blues feel of Beggars Banquet into slightly harder-rocking, more demonically sexual territory. The Stones were never as consistent on album as their main rivals, the Beatles, and Let It Bleed suffers from some rather perfunctory tracks, like “Monkey Man” and a countrified remake of the classic “Honky Tonk Woman” (here titled “Country Honk”). Yet some of the songs are among their very best, especially “Gimme Shelter,” with its shimmering guitar lines and apocalyptic lyrics; the harmonica-driven “Midnight Rambler”; the druggy party ambience of the title track; and the stunning “You Can’t Always Get What You Want,” which was the Stones’ “Hey Jude” of sorts, with its epic structure, horns, philosophical lyrics, and swelling choral vocals. “You Got the Silver” (Keith Richards’ first lead vocal) and Robert Johnson’s “Love in Vain,” by contrast, were as close to the roots of acoustic down-home blues as the Stones ever got.