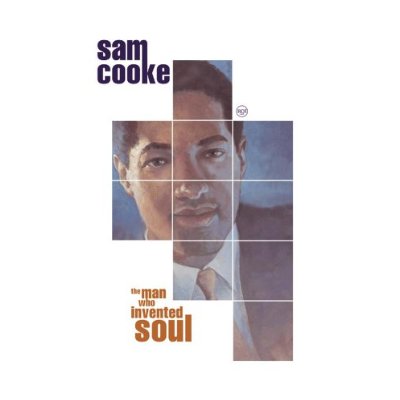 The Man Who Invented Soul

Album Review by Bruce Eder, AllMusic.com
This set is near essential to fans of Sam Cooke, despite the fact that it contains none of his gospel recordings for Specialty Records or any of the work from the final year of his career (owned by ABKCO Records). Scattered every few minutes across this four-disc collection are reminders of just how far ahead of all existing musical forms Cooke was, creating sounds that stretched the definitions of song genres as they were understood and created completely new categories. Indeed, he was so successful that it’s easy to underestimate the impact and importance of many of his early triumphs. “You Send Me,” which opens this set, may seem today like the safest, tamest pop music, but in 1957 it was a genre-bending single, a new kind of R&B/pop music hybrid and one that quietly shook the foundations of the music business when it hit number one.

Disc one offers a fresh appreciation of the best of the early Keen Records sides, drawing on the best of nearly two years of singles and the strongest of Cooke’s LP tracks in the best account to date of his early career in popular music. Disc two begins Cooke’s RCA years, and the quality of his singles, which clearly and easily bridge the gap between genres, races, and generations, improves dramatically. The development of Cooke’s writing and singing and his growing confidence and range culminate with disc four, which encompasses the Night Beat album and Cooke’s live performance from the Harlem Square Club. The sound is extraordinary throughout, expansive, rich-textured, and vividly detailed; a choice earlier CD release, The Man and His Music, by comparison, sounds thin and tinny.