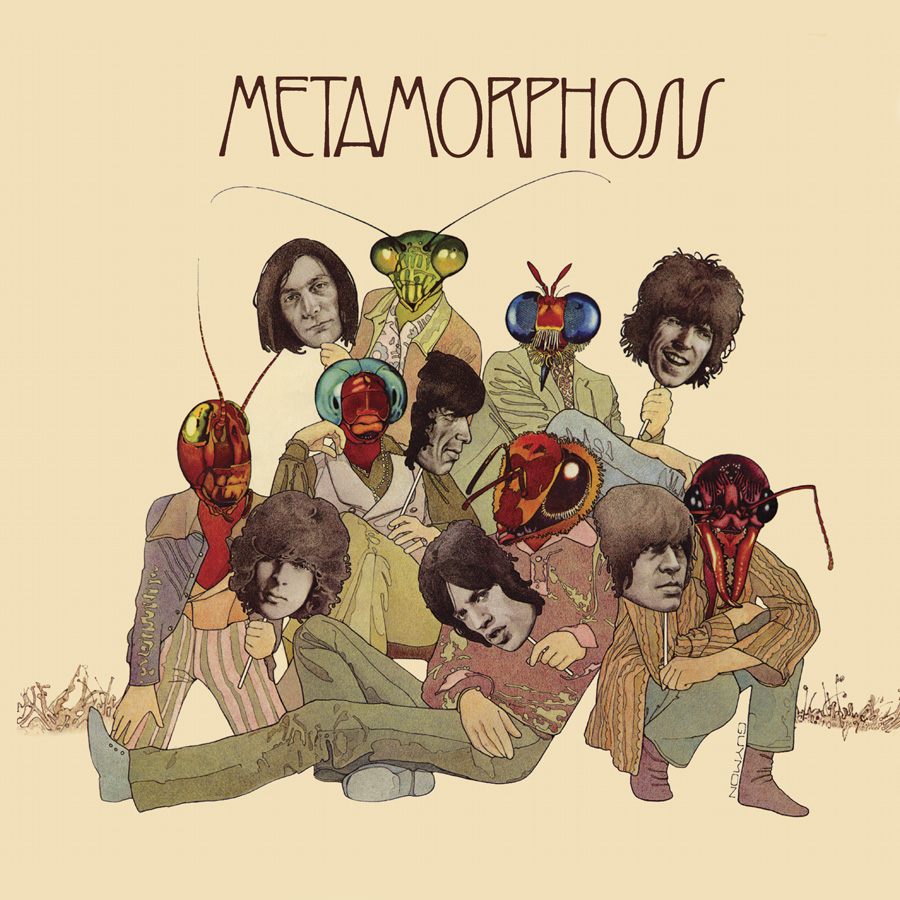 GET IT FROM THESE RETAILERS:
HD TRACKS AMAZON iTunes GOOGLE PLAY SPOTIFY

Album Review by Dave Thompson, AllMusic.com:
Though it remains the only Rolling Stones outtakes collection album ever to be officially released, Metamorphosis is one of those albums that has been slighted by almost everyone who has touched it, a problem that lies in its genesis. While both the Stones and former manager Allen Klein agreed that some form of archive release was necessary, if only to stem the then-ongoing flow of bootlegs, they could not agree how to present it. Of the two, the band’s own version of the album, compiled by Bill Wyman, probably came closest to the fan’s ideal, cherrypicking the vaults for some of the more legendary outtakes and oddities for a bird’s-eye view of the entire band’s creative brilliance. Klein, on the other hand, chose to approach the issue from the songwriting point-of-view, focusing on the wealth of demos for songs that Jagger/Richards gave away (usually to artists being produced by Andrew Oldham) and which, therefore, frequently featured more session men than Rolling Stones. Both approaches had their virtues, but when Klein’s version of the album became the one that got the green light, of course fans and collectors bemoaned the non-availability of the other. The fact is, if Wyman’s selection had been released, then everyone would have been crying out for Klein’s. Sometimes, you just can’t win. So, rather than wring your hands over what you don’t receive, you should celebrate what you do. A heavily orchestrated version of “Out of Time,” with Jagger accompanying the backing track that would later give Chris Farlowe a U.K. number one hit, opens the show; a loose-limbed “Memo From Turner,” recorded with Al Kooper, closes it. No complaints there, then. The real meat, however, lies in between times. During 1964-1965, Mick Jagger and Andrew Oldham headed a session team that also included the likes of arrangers Art Greenslade and Mike Leander, guitarist Jimmy Page, pianist Nicky Hopkins, bassist John Paul Jones, and many more, convened to cut demos for the plethora of songs then being churned out by Jagger and Keith Richards. Some would subsequently be redone by the Stones themselves; others, however, would be used as backing tracks for other artist’s versions of the songs. Metamorphosis pulls a number of tracks from this latter grouping, and while “Each and Every Day of the Year” (covered by Bobby Jameson), “I’d Much Rather Be With the Boys” (the Toggery Five), “Some Things Just Stick in Your Mind” (Vashti), “Sleepy City” (the Mighty Avengers), and “We’re Wasting Time” (Jimmy Tarbuck) may not be Stones performances per se, they are certainly Stones songs and, for the most part, as strong as any of the band originals included on the group’s first four or five LPs. Elsewhere, the 1964 Chess studio outtake “Don’t Lie to Me” is as fine a Chuck Berry cover as the Stones ever mustered, while “Family,” the rocking “Jiving Sister Fanny,” Bill Wyman’s “Downtown Suzie,” and a delightfully lackadaisical version of Stevie Wonder’s “I Don’t Know Why” are outtakes from two of the Stones’ finest-ever albums, Beggars Banquet and Let It Bleed. All of which adds up to an impressive pedigree, whatever the circumstances behind the album, and whatever else could have been included on it. Indeed, if there are any criticisms to be made, it is that the album sleeve itself is singularly uninformative, and the contents are seriously jumbled. But those are its only sins. Everything else you’ve heard about it is simply wishful (or otherwise) thinking.