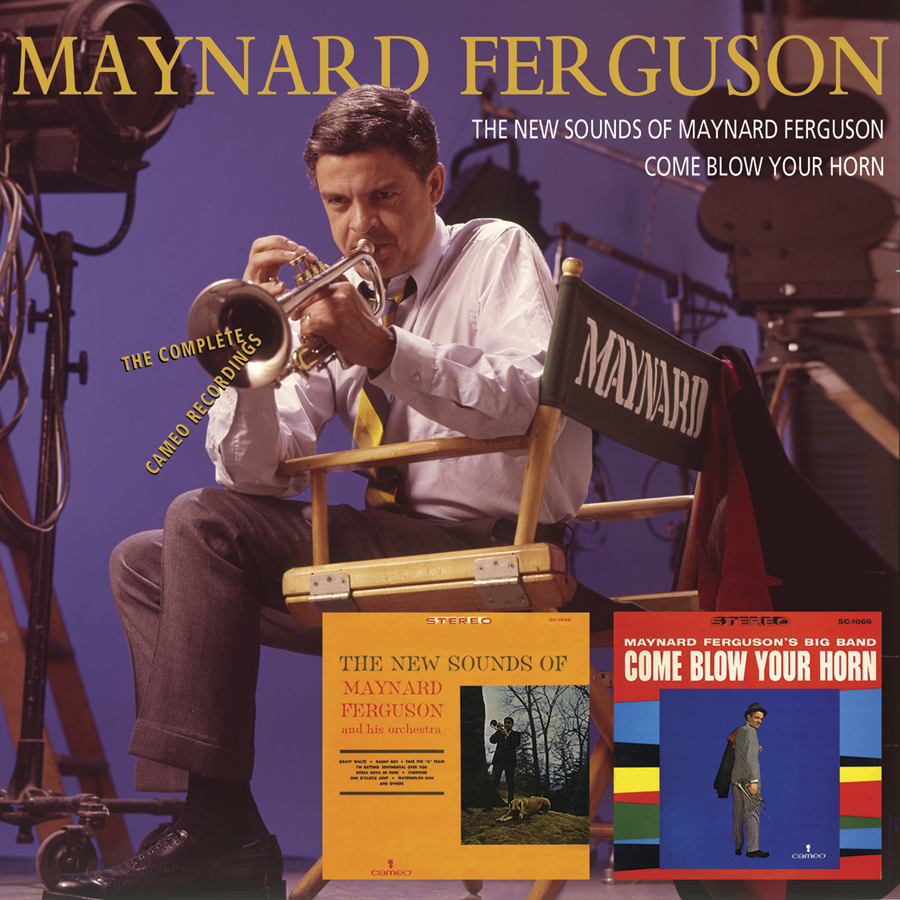 The New Sounds Of Maynard Ferguson/Come Blow Your Horn

GET IT FROM THESE RETAILERS:
AMAZON iTunes Spotify

Released through RealGone Music by arrangement with ABKCO Records, this twofer features two of the most collectible albums in the entire Maynard Ferguson catalog, the two records he recorded in 1963 for the Cameo label in between his stints at the Roulette and Mainstream labels. Maynard still has his great Roulette band of Lanny Morgan, Willie Maiden, Frank Vicari, Mike Abene, Ronnie Cuber and master arranger Don Sebesky et al. with him on these recordings. Sourced from the original master tapes, this marks the first time these rare gems will be legitimately released on CD. Both albums feature driving big band arrangements of both standards and originals, and we have unearthed an unreleased bonus track from the New Sounds sessions, a take on the classic The Song Is You, exclusively for this reissue. Remastered straight from the original tapes with new liner notes—Maynard’s complete Cameo recordings!