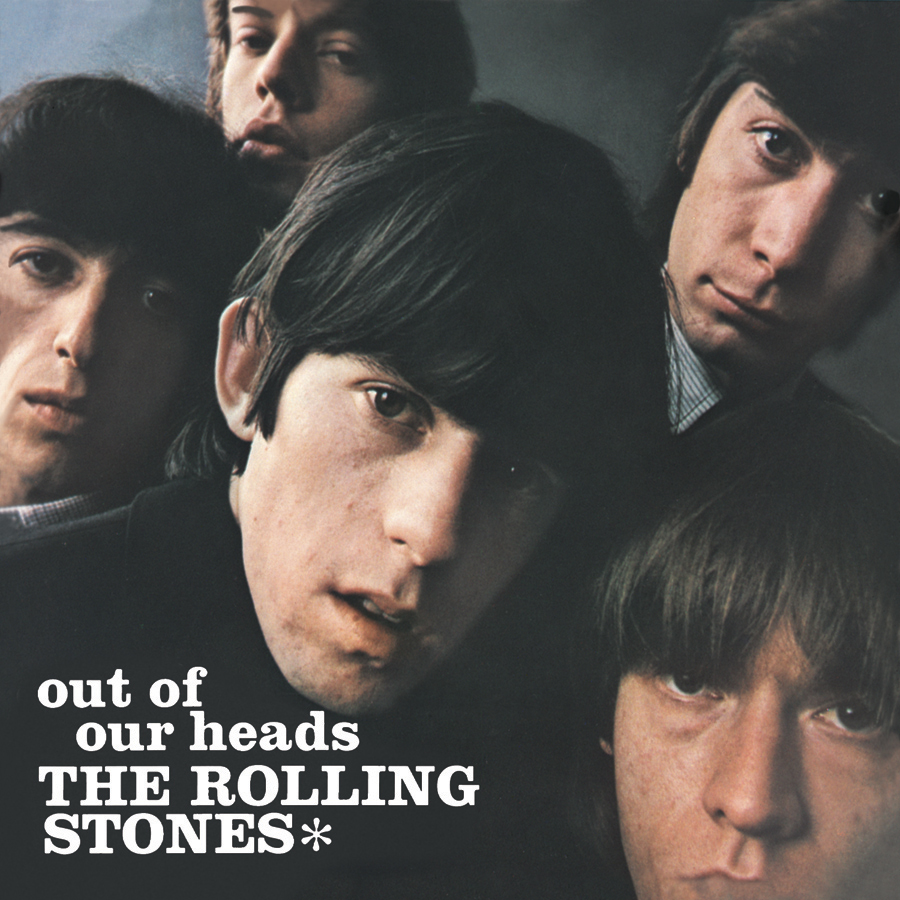 Out Of Our Heads

Album Review by Richie Unterberger, AllMusic.com:
In 1965, the Stones finally proved themselves capable of writing classic rock singles that mined their R&B/blues roots, but updated them into a more guitar-based, thoroughly contemporary context. The first enduring Jagger-Richards classics are here — “The Last Time,” its menacing, folky B-side “Play With Fire,” and the riff-driven “Satisfaction,” which made them superstars in the States and defined their sound and rebellious attitude better than any other single song. On the rest of the album, they largely opted for mid-’60s soul covers, Marvin Gaye’s “Hitch Hike,” Otis Redding’s “Cry to Me,” and Sam Cooke’s “Good Times” being particular standouts. “I’m All Right” (based on a Bo Diddley sound) showed their 1965 sound at its rawest, and there are a couple of fun, though derivative, bluesy originals in “The Spider and the Fly” and “The Under Assistant West Coast Promotion Man.”