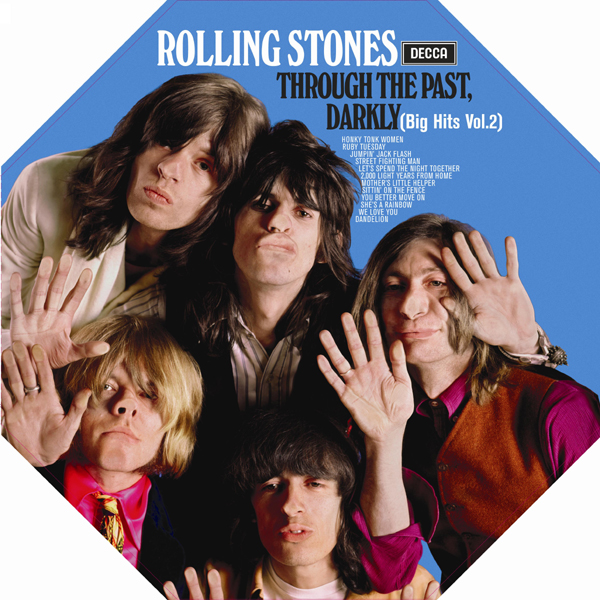 GET IT FROM THESE RETAILERS:
Amazon

Through the Past, Darkly (Big Hits Vol. 2) was originally released in September 1969, and is the second compilation album of hits by the Rolling Stones, following Big Hits (High Tide and Green Grass). Through the Past made a huge splash on both sides of the Atlantic, reaching #2 in both the U.S. and UK. The album includes numerous Stones’ classics including “Jumpin’ Jack Flash,” “Let’s Spend The Night Together” and “Honky Tonk Women.” The packaging stays true to the original layout, with its trademark octagonal-shaped album cover. The inside flap contains this poem written by Brian Jones, who died two months before the release:

When this you see, remember me,
and bear me in your mind.
Let all the world say what they may,
speak of me as you find.