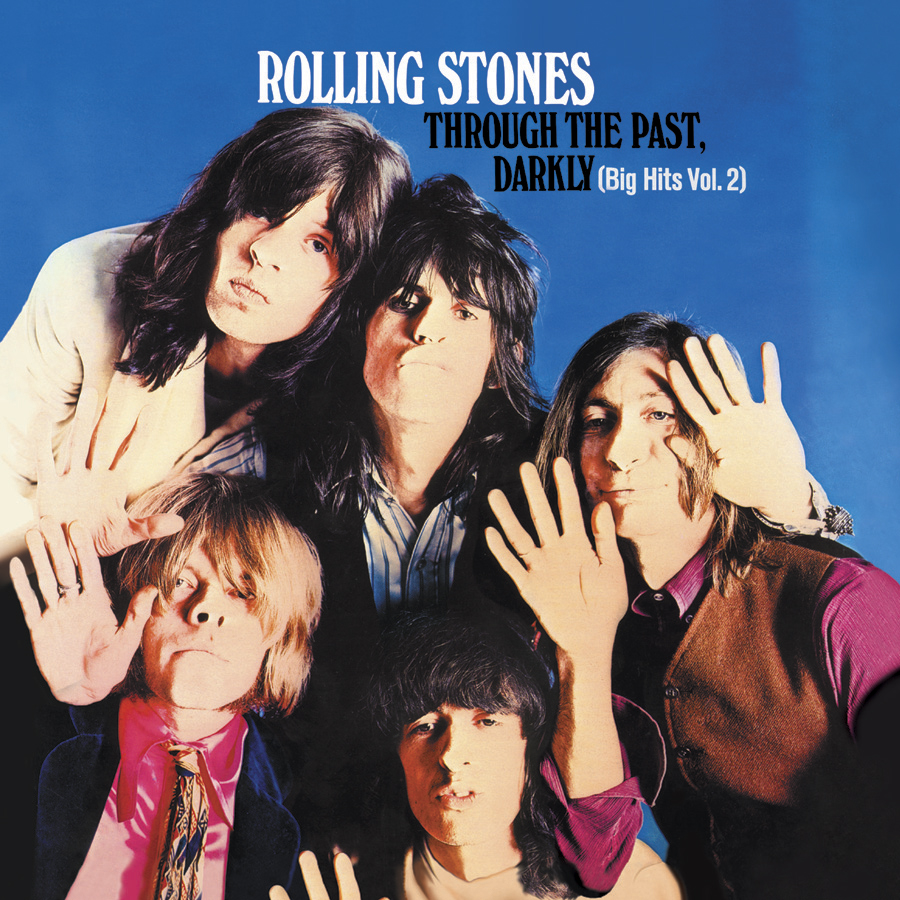 Through The Past, Darkly (Big Hits Vol. 2)

Album Review by Bruce Eder, AllMusic.com:
This album was spawned by three coinciding events — the need to acknowledge the death of band co-founder Brian Jones (whose epitaph graces the inside cover) in July of 1969; the need to get “Honky Tonk Women,” then a huge hit single, onto an LP; and to fill the ten-month gap since the release of Beggars Banquet and get an album with built-in appeal into stores ahead of the Stones’ first American tour in three years. The fact that the Stones had amassed a sufficient number of hits since their last greatest-hits compilation in early 1966 (Big Hits: High Tide and Green Grass) made this a no-brainer, and its song lineup was as potent at the time as any compilation of hit singles by any artist. From the group’s excursions into fey psychedelia (“Paint It, Black,” “Ruby Tuesday,” “She’s a Rainbow,” “Dandelion”), space rock (“2000 Light Years From Home”), punk decadence (“Mother’s Little Helper”), and back to straight-ahead rock & roll (“Jumpin’ Jack Flash”), some of it with a topical edge (“Street Fighting Man”), it’s all incredibly potent, though also redundant to the extent that “Ruby Tuesday” and “Let’s Spend the Night Together” had previously appeared on two U.S. albums. The presence of “Honky Tonk Women” propelled it to gold record status upon release on both sides of the Atlantic, although the simultaneously released British version (long out of print, except as a bootleg CD) is different and more confusing, but also more diverse and rewarding musically than the American version. Both this album and Big Hits: High Tide and Green Grass have been supplanted by Hot Rocks and More Hot Rocks, but are still handy in their tight respective focuses.