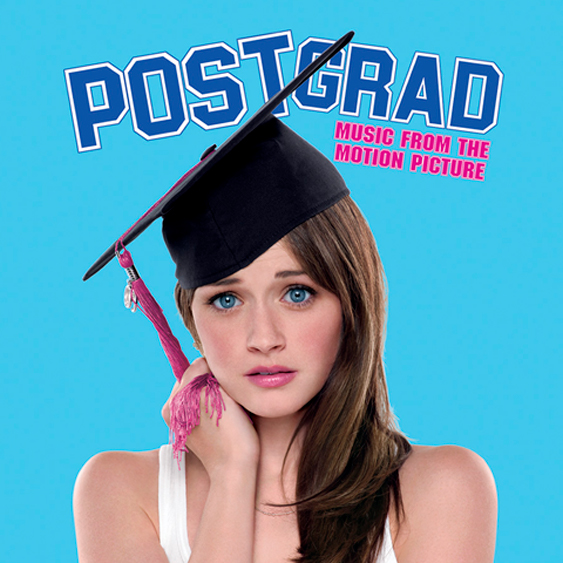 GET IT FROM THESE RETAILERS:
AMAZON iTunes SPOTIFY GOOGLE

POST GRAD (MUSIC FROM THE MOTION PICTURE) features some of today’s hottest contemporary artists including Gym Class Heroes, Lily Allen, The Kooks, the bird and the bee, and Joshua Radin. Jack Savoretti, a UK-based poet turned singer/songwriter wrote the track “One Day” specifically for Post Grad. Unreleased tracks include the bird and the bee’s “What Happened To It” and Lucy Schwartz’ “Turn Back Around”. The soundtrack also features several songs from the film’s extraordinary score by Christophe Beck, the critically acclaimed and award-winning composer. The film stars Alexis Bledel (Gilmore Girls, Sisterhood of the Traveling Pants) as Ryden Malby, who graduates from college and is forced to move back into her childhood home with her eccentric family (Michael Keaton, Jane Lynch and the legendary Carol Burnett) while she attempts to find a job, the right guy, and just a hint of where her life is headed. Zach Gilford of NBC’s Friday Night Lights and Rodrigo Santoro of Lost, Love Actually, round out this exceptional cast.