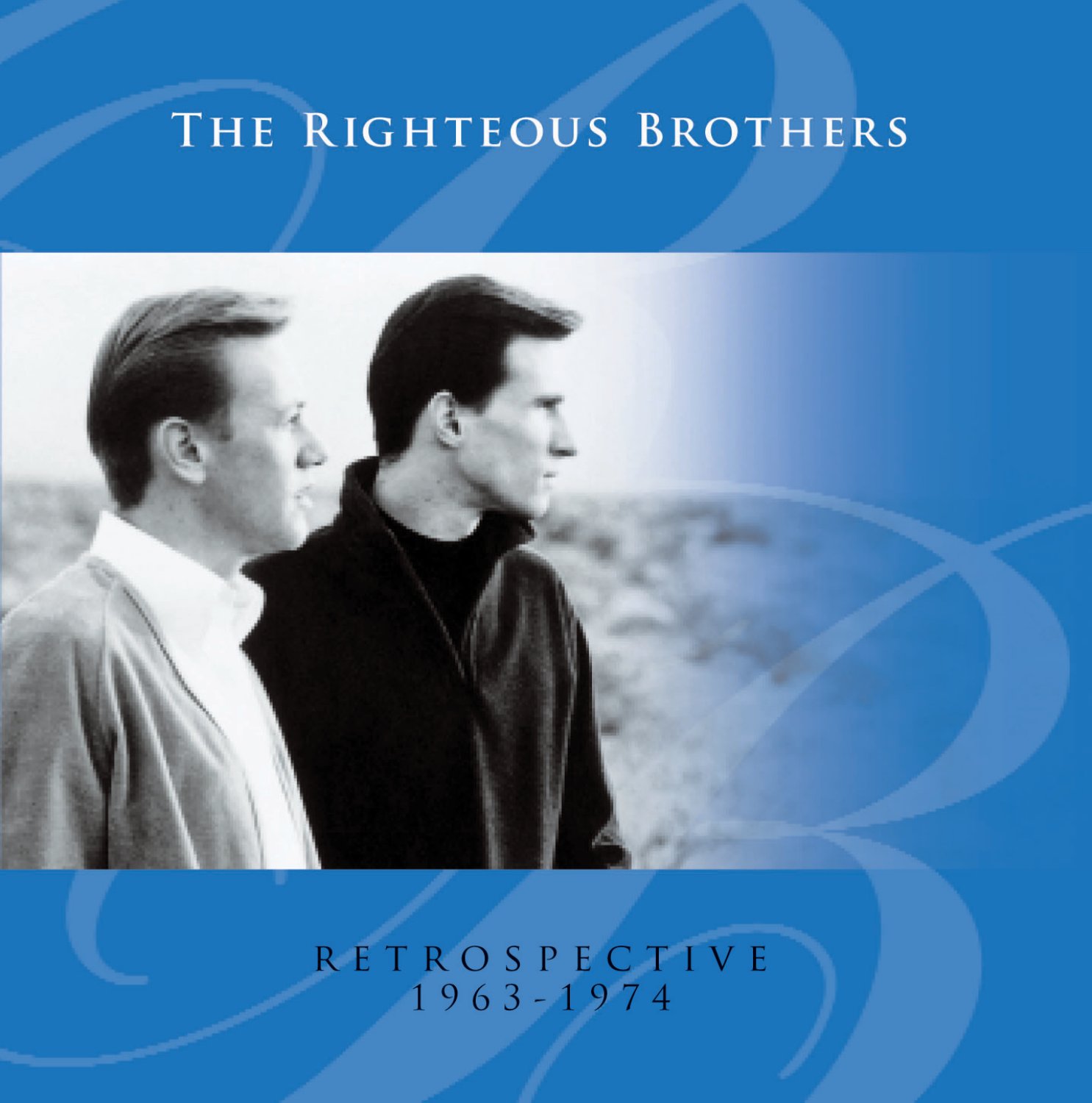 Album Review by Stephen Thomas Erlewine, AllMusic.com:
Before this, there had not been a new Righteous Brothers compilation since 1990, when Verve issued the single disc, 12-track The Very Best of the Righteous Brothers: Unchained Melody in the wake of Rhino’s excellent, exhaustive 1989 double-disc, 32-track set Anthology 1962-1974. The 2005 compilation Retrospective falls between those two extremes. While not digging as deep as Anthology, it contains all 12 songs on The Very Best Of and adds another eight cuts, including Bill Medley’s 1968 solo single “Brown Eyed Woman.” Although the disc might have been better served by a strict chronological sequencing — after opening with “Unchained Melody,” it jumps all over the place — this nevertheless contains all of the big hits, all in great sound, and has enough of their lesser-known material to illustrate that the Righteous Brothers were more than just the pair who sang such oldies staples as “You’ve Lost That Lovin’ Feelin’,” “(You’re My) Soul and Inspiration” and “Little Latin Lupe Lu.” Anthology remains the definitive word on the duo, but for listeners who don’t want an exhaustive collection (or shell out the money for that out-of-print collection) yet want a little bit more than the hits, this is the perfect choice.