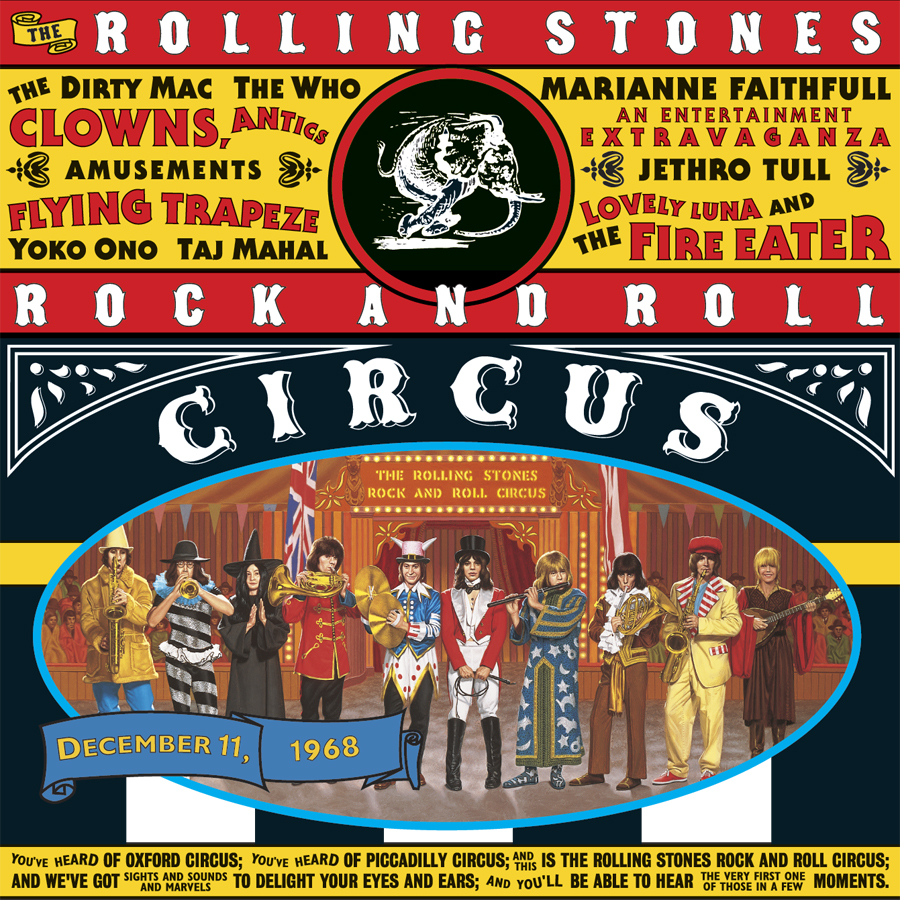 The most interesting archival release of The Rolling Stones since More Hot Rocks, 20 years ago, and the first issue of truly unreleased material by the Stones from this period. And the Stones have some competition from the Who, Taj Mahal, and John Lennon on the same release.

Filmed and recorded on December 10-11, 1968, at a North London studio, Rock and Roll Circus has been, as much as the Beach Boys’ Smile, “the one that got away” for most ’60s music enthusiasts. The Jethro Tull sequence is the standard studio track, but the rest — except for the Stones’ “Salt of the Earth” — is really live. The Who’s portion has been out before, courtesy of various documentaries, but Taj Mahal playing some loud electric blues is new and great, the live Lennon rendition of “Yer Blues” is indispensable, and the Stones’ set fills in lots of blanks in their history — “Jumpin’ Jack Flash” in one of two live renditions it ever got with Brian Jones in the lineup, “Sympathy for the Devil” in an intense run-through, “Parachute Woman” as a lost live vehicle for the band, “You Can’t Always Get What You Want” as a show-stopping rocker even without its extended ending (no Paul Buckmaster choir), and “No Expectations” as their first piece of great live blues since “Little Red Rooster.” It’s a must-own, period.