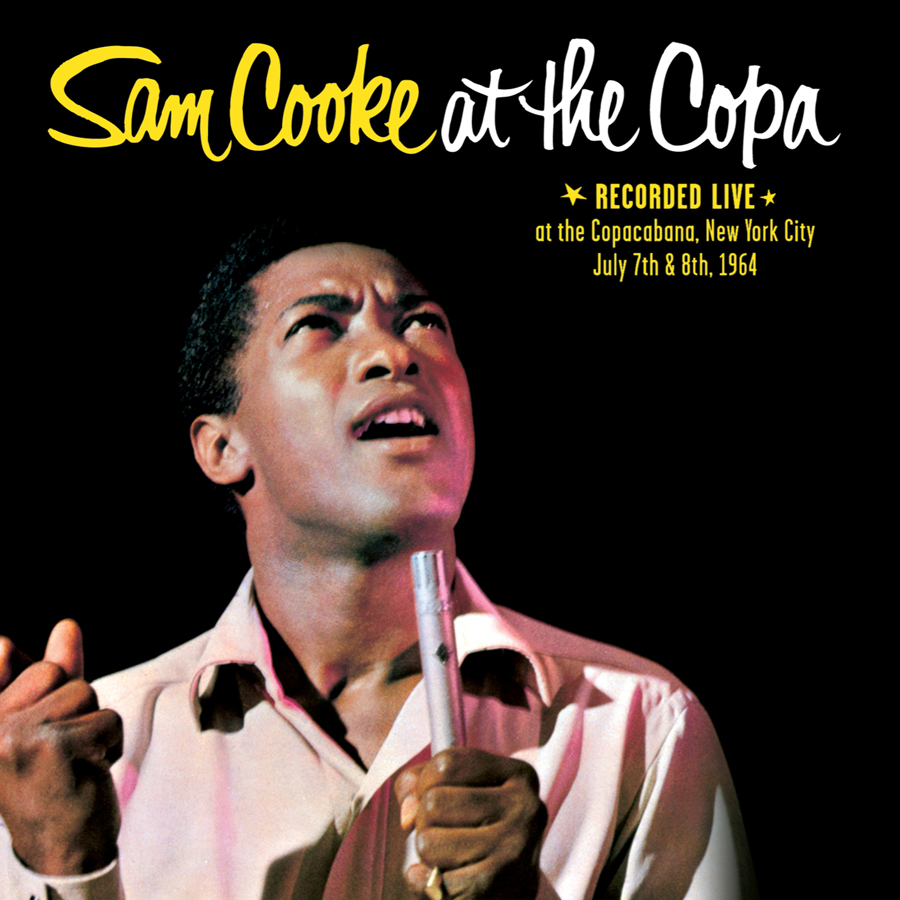 Album Review by Bruce Eder, AllMusic.com
For decades, Sam Cooke at the Copa was a frustrating record. One of a handful of live albums by any major soul artist of its era, it captured Cooke in excellent voice, and was well-recorded — it just wasn’t really a “soul” album, except perhaps in the tamest possible definition of that term. Playing to an upscale, largely white supper-club audience, in a very conservatively run venue where he had previously failed to impress either patrons or the management, Cooke toned down his performance and chose the safest material with which he could still be comfortable. In place of songs like “Feel It,” “Bring It On Home to Me,” or even “Cupid,” which were part of his usual set, he performed numbers like “The Best Things in Life Are Free,” “Bill Bailey,” and “When I Fall in Love” here. True, his renditions may be the versions of any of those songs that any R&B fan will like best, but they always seemed a poor substitute for what’s not here — not just the songs that he didn’t do, but the intense, sweaty presentation, as much a sermon as a concert, the pounding beat, and the crowd being driven into ever-more frenzied delight. All of that is missing, and for decades fans had to content themselves with the contradiction of a beautifully executed live album featuring what might best be called “Sam Cooke lite” — the release of Live at the Harlem Square Club solved that problem, giving us a real Sam Cooke concert, and one of the great soul albums of all time. In the wake of the latter’s release, Sam Cooke at the Copa became much more valuable as a representative of that other side of Cooke’s sound and career — juxtaposed with “Twistin’ the Night Away” were “Frankie and Johnny,” “Try a Little Tenderness,” “Tennessee Waltz,” “This Little Light of Mine” and his performance of Bob Dylan’s “Blowin’ in the Wind” (the song that inspired his own “A Change Is Gonna Come”), most of which, if he’d done his usual set, most likely wouldn’t exist today in concert versions. By itself, this is still not a representative album, but paired with Live At The Harlem Square Club, it is an irreplaceable document. In June of 2003, Sam Cooke at The Copa was reissued in a brilliant sounding hybrid CD/Super-Audio CD that runs circles around all prior editions of the record.