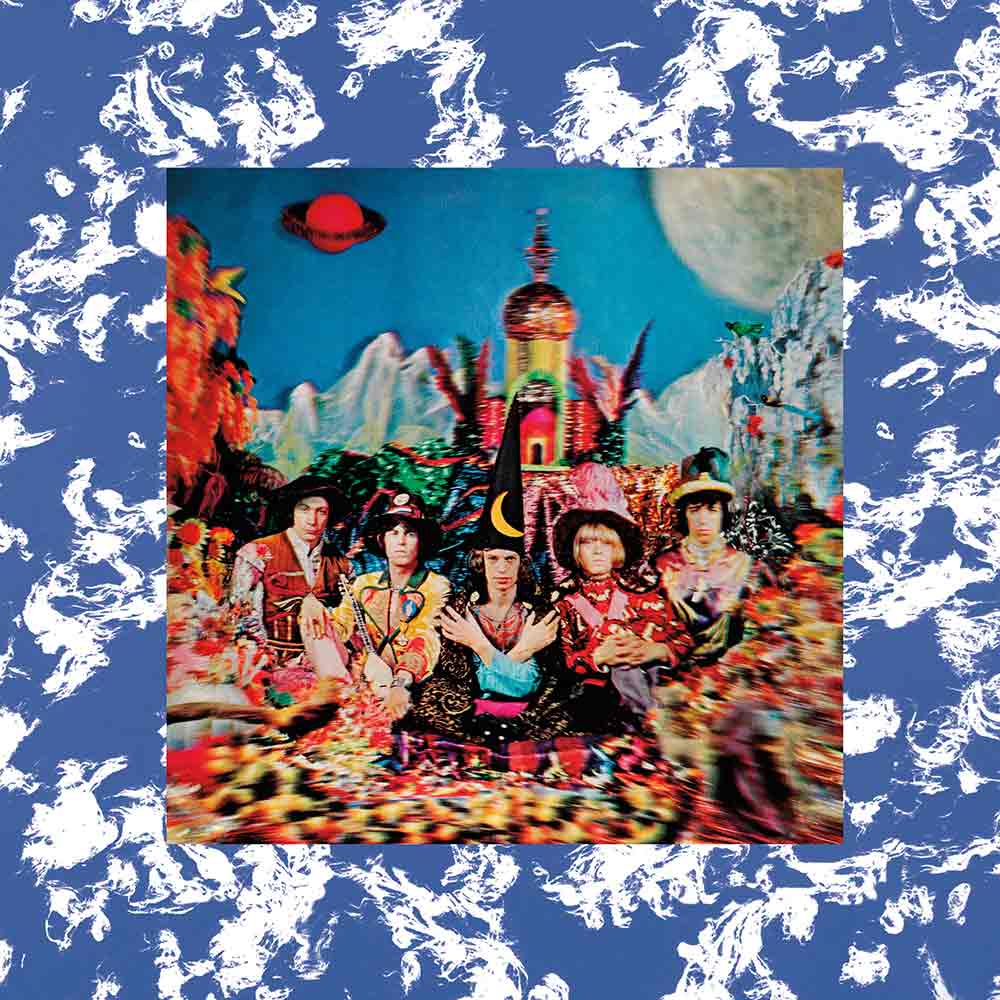 Originally released in December of 1967, Their Satanic Majesties Request is the first self-produced album in the Stones’ vast catalog. Experimental in nature, it was such a departure from the band’s rhythm & blues roots that it threw critics for a loop. Initially derided by Rolling Stone Magazine for being “too infused with the pretentions of their musical inferiors” (namely the Beatles), the record was simultaneously lauded by DownBeat with a five-star review declaring the album “a revolutionary event in modern pop music.”* Over the ensuing decades, it has proven to be a highly influential body of work; generations of bands have covered Satanic songs, from punk legends The Damned, Bad Brains, and Redd Kross, to hard rockers KISS and Monster Magnet, as well as indie tastemakers Cibo Matto and Arcade Fire. Music from the album can be heard in Wes Anderson’s directorial debut Bottle Rocket.

The title was derived from a pun based on the inside of British passports at the time which read, “Her Britannic Majesties Principal Secretary of State for Foreign Affairs Requests and Requires . . .” Their Satanic Majesties Request was recorded in pieces between February and October of 1967. It was a tumultuous period for the Rolling Stones – Mick Jagger, Keith Richards and Brian Jones were arrested for drug possession, with Jones spending three weeks in a nursing home. The Stones’ original manager/producer Andrew Loog Oldham quit halfway through recording sessions, leaving the band to finish the album on their own. A chaotic spring European tour that involved a riot in Poland also interrupted workflow. Very rarely were all five members in the studio at the same time but despite these impediments, Charlie Watts recalled, “The sessions were a lot of fun because you could do anything. It was so druggy—acid and all that.”

Grammy award-winning music historian Rob Bowman writes in the liner notes for the new set, “Their Satanic Majesties Request should be recognized as an important stepping stone in The Rolling Stones’ development from an r&b-inspired band to the inventors of modern rock for the 1970s.” Falling between Between the Buttons and Beggars Banquet, it was the first of their albums to have identical tracklists in the U.S. and UK. Satanic Majesties’ ten tunes are saturated with studio effects, non-traditional instruments such as mellotron and theremin, ambient sounds created using oscillators, string arrangements by John Paul Jones (who went on to help establish Led Zeppelin the following year) and more percussive devices than can be named. “Citadel” foreshadowed the direction towards straight-forward rock the Stones would take, while “2000 Light Years From Home” and “She’s a Rainbow” (a minor hit in the U.S.) capture the band in all its psychedelic glory at that moment in time. They remain the only two songs from the album the band has ever played live. “Sing This All Together,” its looser reprise “Sing This All Together (See What Happens),” “Gomper” and “On With the Show” transition from traditional song structure to free-form freakout – a trademark of that era, also heard on records by the Mothers of Invention and Pink Floyd.