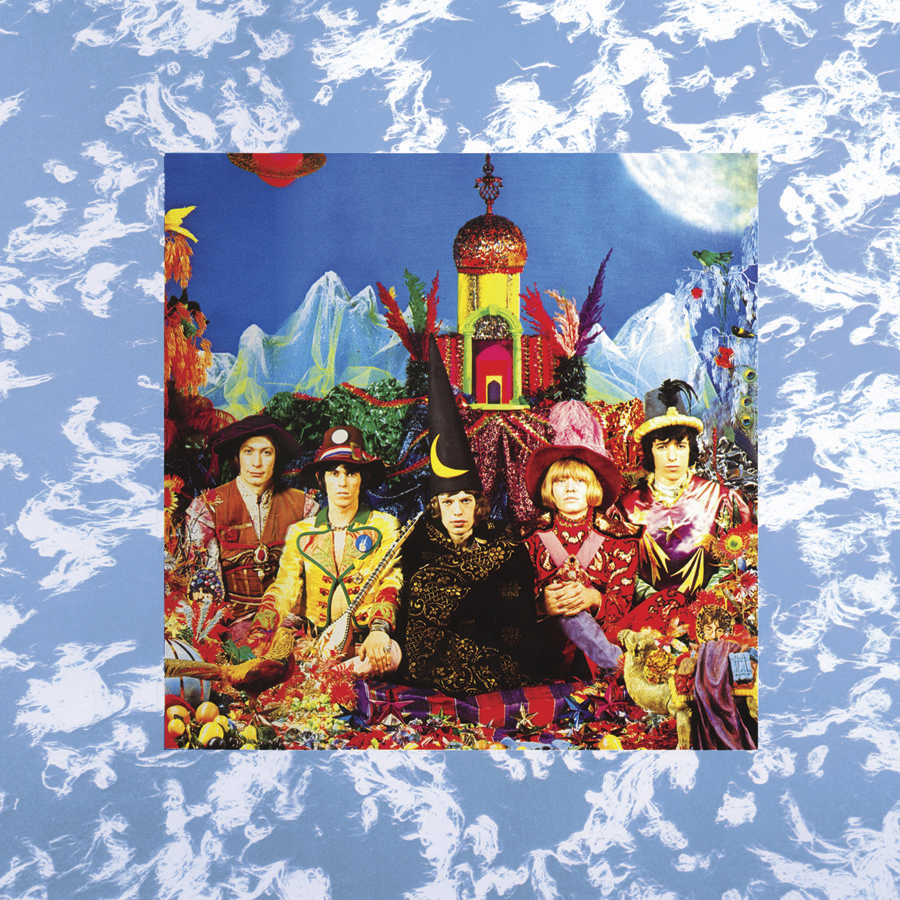 Album Review by Richie Unterberger, AllMusic.com:
Without a doubt, no Rolling Stones album — and, indeed, very few rock albums from any era — split critical opinion as much as the Rolling Stones’ psychedelic outing. Many dismiss the record as sub-Sgt. Pepper posturing; others confess, if only in private, to a fascination with the album’s inventive arrangements, which incorporated some African rhythms, Mellotrons, and full orchestration. Never before or since did the Stones take so many chances in the studio. This writer, at least, feels that the record has been unfairly undervalued, partly because purists expect the Stones to constantly champion a blues ‘n’ raunch world view. About half the material is very strong, particularly the glorious “She’s a Rainbow,” with its beautiful harmonies, piano, and strings; the riff-driven “Citadel”; the hazy, dream-like “In Another Land,” Bill Wyman’s debut writing (and singing) credit on a Stones release; and the majestically dark and doomy cosmic rocker “2000 Light Years From Home,” with some of the creepiest synthesizer effects (devised by Brian Jones) ever to grace a rock record. The downfall of the album was caused by some weak songwriting on the lesser tracks, particularly the interminable psychedelic jam “Sing This All Together (See What Happens).” It’s a much better record than most people give it credit for being, though, with a strong current of creeping uneasiness that undercuts the gaudy psychedelic flourishes. In 1968, the Stones would go back to the basics, and never wander down these paths again, making this all the more of a fascinating anomaly in the group’s discography.