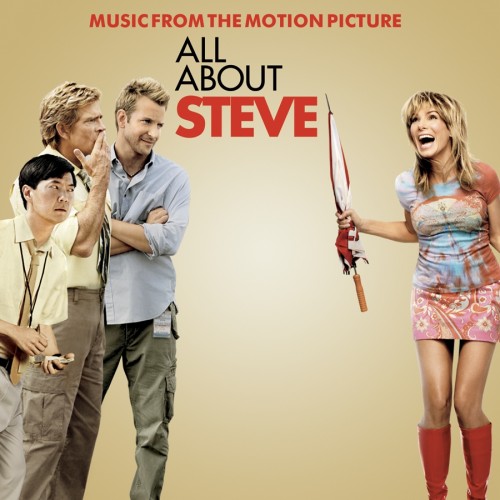 All About Steve (Music From The Motion Picture)

GET IT FROM THESE RETAILERS:
Amazon iTunes Spotify

ABKCO is proud to present the hit soundtrack from the Sandra Bullock comedy “ALL ABOUT STEVE”! Bullock plays an endearingly eccentric crossword puzzle fanatic who becomes obsessed with a news station cameraman (Bradley Cooper), trailing him around the country on a crazy journey. The soundtrack album includes a version of “Everybody Got Their Something” by pop-soul sensation Nikka Costa that was recorded especially for the project as well as tracks from Phantom Planet, Dan Wilson, Bob Schneider, Peggy March and Patsy Montana. The album also includes key elements of the film’s score, composed by Emmy Award winner Christopher Beck. Also heard on the album is “Casta Diva Che Inargenti” from the Bellini’s 1831 opera Norma, performed by Helga Bullock, Sandra Bullock’s German-born late mother, who was a noted opera singer and celebrated music teacher.