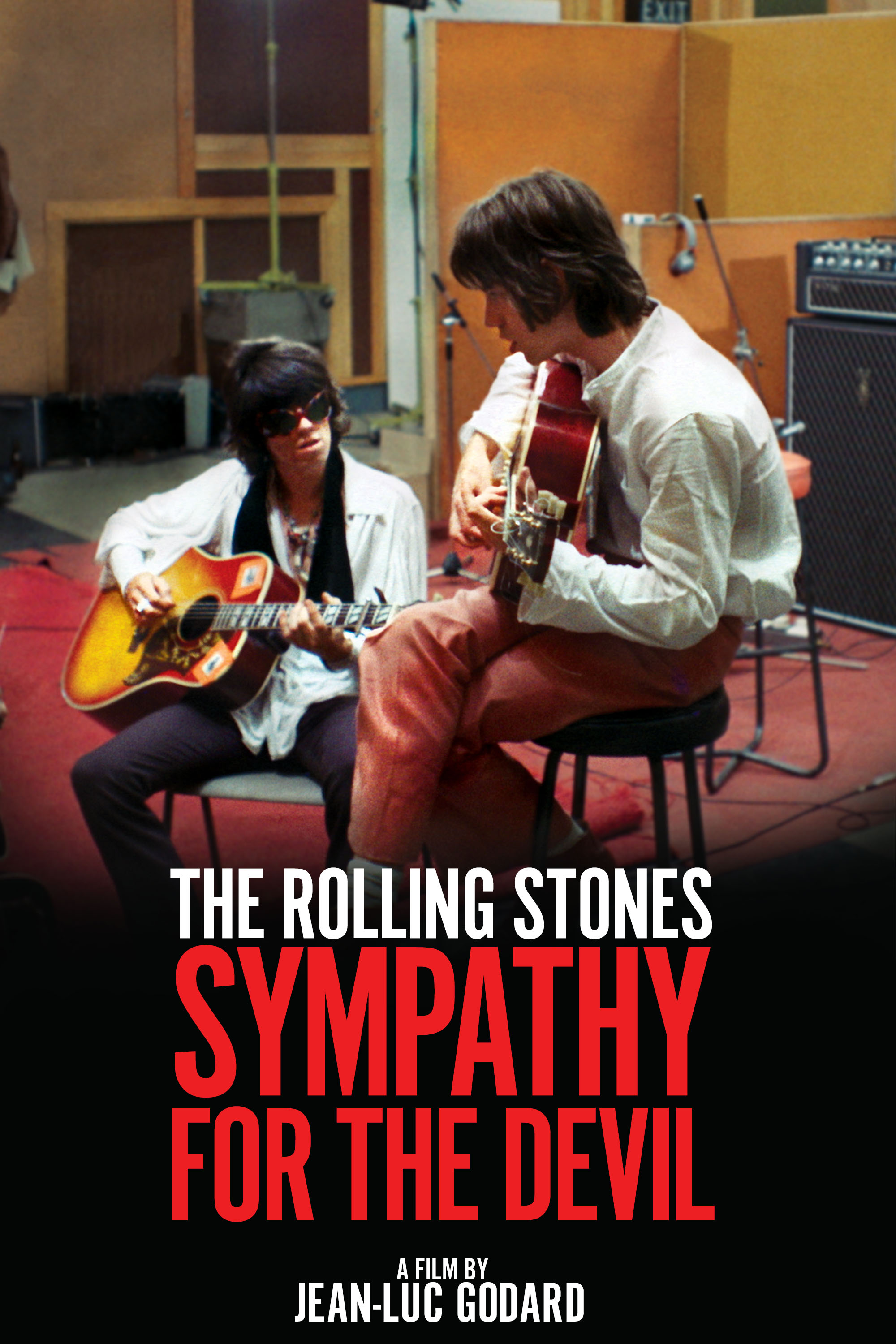 GET IT FROM THESE RETAILERS:
AMAZON ITUNES

4K restoration of Sympathy for the Devil,  celebrates the 50th anniversary of its initial release. One of the landmark new wave films of the late ’60s, directed by the celebrated Jean-Luc Godard, Sympathy for the Devil alternates between reflections on contemporary politics and social issues of the late 1960s as well as giving the audience an unprecedented view of The Rolling Stones creative process in the recording studio working on what would become one of the band’s defining tracks.

The new edition of Godard’s Sympathy For The Devil is a 4K restoration of the film from the original 35mm camera negative that was initially released in 1969. The color grading has been supervised by the original cinematographer, Tony Richmond BSC, ASC. Richmond holds dozens of credits as a cinematographer including Let it Be, and Nicolas Roeg’s Don’t Look Now for which he won BAFTA’s Best Cinematography award in 1973.

The expanded re-release of the film includes numerous extras including the entirety of One Plus One (Godard’s director’s cut) as well as Voices, a 1968 documentary on the making of Sympathy For The Devil, along with a 2018 documentary featuring interviews with Tony Richmond and Mim Scala, one of the film’s producers. Additional extras include a full-length commentary track by Godard authority David Sterritt, former Chairman of the National Society of Film Critics, and the physical package showcases an essay by author Danny Goldberg (In Search of the Lost Chord: 1967 and the Hippie Idea, Dispatches From The Culture Wars). Goldberg wrote, “Musically, the film shows the Stones manifesting a fragile balance between fidelity to roots and to innovation.  Created more than a decade before MTV began, Sympathy For the Devil can be seen as a long music video, completely unique at the time in showing the work and creativity that goes into the making of a record.”

The film premiered at the 1968 London film festival highlighted by the physical assault of the producer on stage by Jean-Luc Godard. In 1970, when the film was released in the US, Roger Greenspun reviewed it for The New York Times remarking, “the meaning of Godard’s film depends not only upon a cause but also upon the camera’s eye; not only in sympathy, but in objectivity as well.”

Andrew Hussey, writing more recently on the film for The Guardian noted, “This is one of those rare and unsettling examples of a rock film which has the all the immediacy of reportage from a distant war-zone.” He added, “It’s all great stuff: a snapshot of a far-off, lost world where rock music is still a redemptive and revolutionary force.”