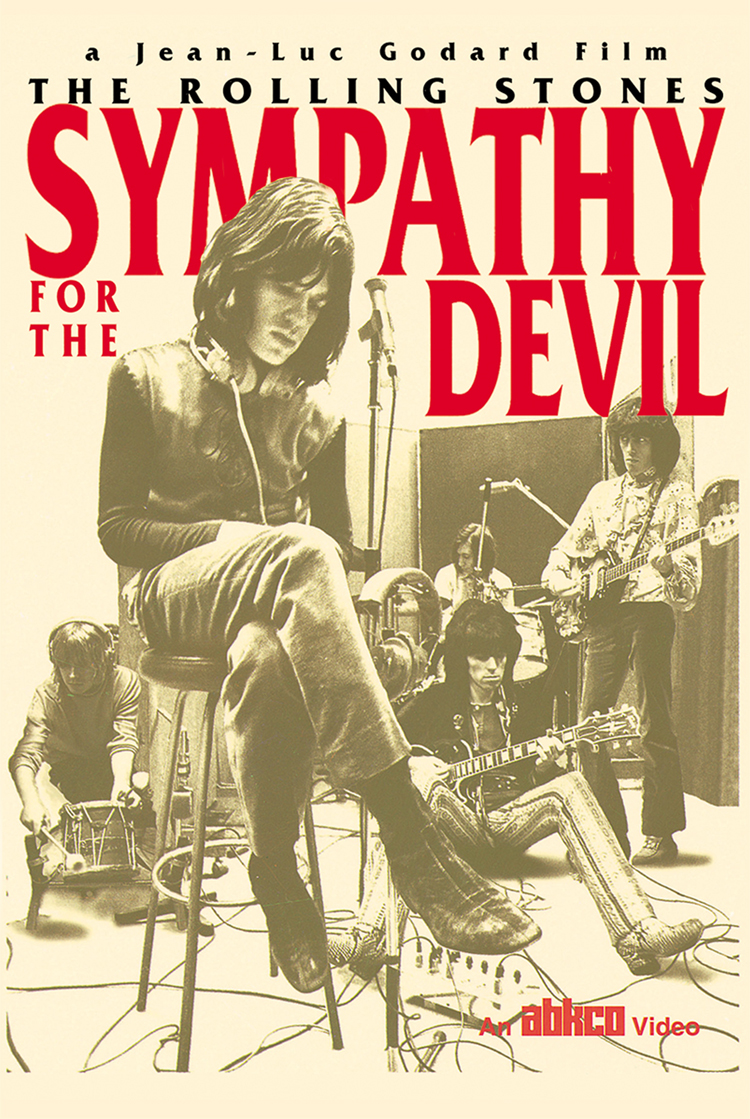 Sympathy For The Devil (DVD)

On October 21, 2003, Jean-Luc Godard’s film Sympathy For the Devil, originally titled 1 Plus 1, was released on DVD. Using the leitmotif of the Rolling Stones at work on the song at the original 1968 recording sessions at London’s Olympic Studios, the film is both a documentary of the band’s creative process and a narrative of revolutionary thought and action.

Featuring the original Rolling Stones line-up of Mick Jagger, Keith Richards, Charlie Watts, Bill Wyman and Brian Jones, the film, Godard’s first English language feature, was originally released in 1968 at the culmination of a year of political and social upheaval throughout the western world. As the band – augmented by Nicky Hopkins, Rocky Dijon, Marianne Faithfull and Anita Pallenberg — work to nail down the definitive version of the song, the film’s plot casts a jaundiced eye on U.S. politics as viewed through the prism of the counter culture and Black Power movement. The film is revolutionary both in terms of the themes covered as well as the precident breaking way Godard constructed it.

The High Definition transfer from the original 35mm negative make the picture quality on Sympathy For The Devil DVD better than that seen on the prints originally screened in art houses around the word in the late 1960s and early 1970s. Letterboxed enhanced for 16X9, the DVD is also a sonic treasure chest. Uncompressed PCM audio derived from the original 8-track masters of the “Sympathy For The Devil” recording sessions that ran from March through June of 1968 provided for unsurpassed sound quality.

Bonus features include the original 1 Plus 1 trailer, as well as a new video clip directed by British filmmaker Alex Derakoff and set to the recent remix of the track by The Neptunes.