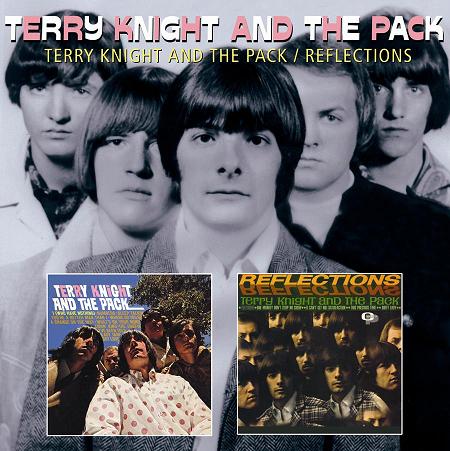 Terry Knight and the Pack/Reflections

GET IT FROM THESE RETAILERS:
AMAZON iTunes spotify Google play

This is the first of a number of releases we’re planning that will demonstrate that Cameo Parkway (actually, these records came out on its Lucky Eleven subsidiary) recorded much more than the pop-rock and R&B it’s best known for. Terry Knight & the Pack were a garage band out of Flint, Michigan that had a number of regional Midwestern hits but never broke nationally, and would probably be destined for eternal if undeserved obscurity but for one thing: this is the band that gave Mark Farner and Don Brewer of Grand Funk Railroad their start! Liner note writer Jeff Tamarkin tells the story while you dig the fuzz-laced sounds of ‘Numbers; What’s on Your Mind; Where D You Go; You’re a Better Man Than I; Lovin’ Kind; The Shut-In; Got Love; A Change on the Way; Lady Jane; Sleep Talkin’; I’ve Been Told; I (Who Have Nothing); One Monkey Don’t Stop No Show; Love, Love, Love, Love; Come with Me; Got to Find My Baby; The Precious Time; Anybody’s Apple Tree; The Train; Dimestore Debutante; Dirty Lady; Love Goddess of the Sunset Strip; Forever and a Day’, and ‘(I Can’t Get No) Satisfaction’. The complete 1966 and 1967 releases!