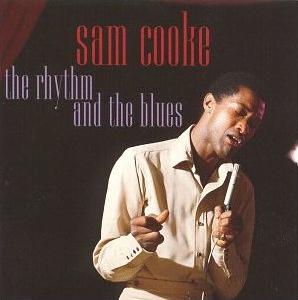 The Rhythm and the Blues

Album Review by Richie Unterberger, AllMusic.com:
From the title, you might infer that this 20-track compilation — taken from early-’60s sessions, and principally composed of LP-only cuts — aims to showcase Cooke’s most soulful side. That’s true to some degree, but this isn’t his funkiest stuff; for that, look to Live at the Harlem Square Club 1963, or even his most up-tempo singles. Most of this is, in fact, suave pop/R&B, the emphasis sometimes falling on the pop, with lightly swinging, jazzy arrangements, and some orchestration. Cooke didn’t write most of the material here, and while “Little Red Rooster” (a hit single) represents the earthiest extreme that the CD touches upon, there are also quite a few songs that were originally performed by jazz/popsters from the ’20s, ’30s, and ’40s. Certainly these are decent offerings; Cooke’s a great singer and interpreter, and the arrangements are smooth without being overdone. But it’s neither Cooke at his very best (the hits compilation Man and His Music is much better), or his grittiest (that honor belongs to Harlem Square). It does restore much of his better obscure material to wide availability, and is recommended to those who have the above-mentioned albums and want more Cooke, although the 1963 LP Night Beat (reissued on CD in 1995) is a bluesier and better one to check out first.