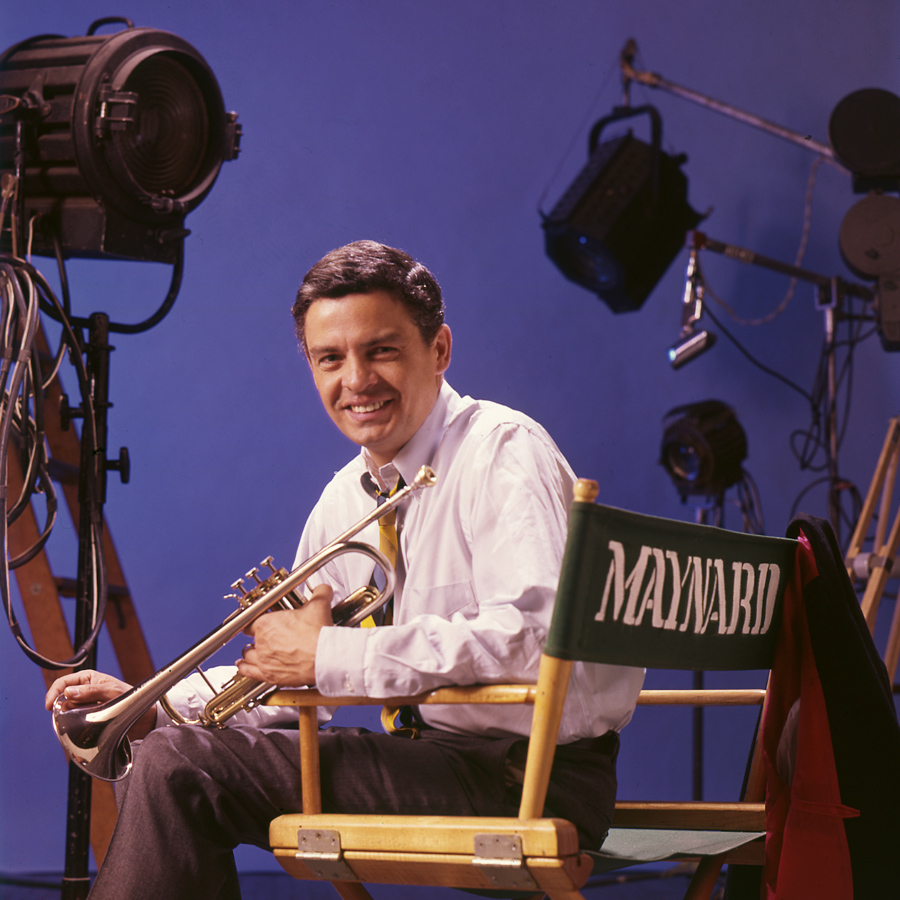 When he debuted with Stan Kenton’s Orchestra in 1950, Maynard Ferguson could play higher than any other trumpeter up to that point in jazz history, and he was accurate. Somehow he kept most of that range through his career and since the 1970s has been one of the most famous musicians in jazz. Never known for his exquisite taste (some of his more commercial efforts are unlistenable), Ferguson nevertheless led some important bands and definitely made an impact with his trumpet playing.

After heading his own big band in Montreal, Ferguson came to the United States in 1949 with hopes of joining Kenton’s orchestra, but that ensemble had just recently broke up. So instead, Ferguson gained experience playing with the big bands of Boyd Raeburn, Jimmy Dorsey, and Charlie Barnet. In 1950, with the formation of Kenton’s Innovations Orchestra, Ferguson became a star, playing ridiculous high notes with ease. In 1953, he left Kenton to work in the studios of Los Angeles and three years later led the all-star “Birdland Dreamband.” In 1957, he put together a regular big band that lasted until 1965, recorded regularly for Roulette (all of the band’s recordings with that label are on a massive Mosaic box set) and performed some of the finest music of Ferguson’s career. Such players as Slide Hampton, Don Ellis, Don Sebesky, Willie Maiden, John Bunch, Joe Zawinul, Joe Farrell, Jaki Byard, Lanny Morgan, Rufus Jones, Bill Berry, and Don Menza were among the more notable sidemen.

After economics forced him to give up the impressive band, Ferguson had a few years in which he was only semi-active in music, spending time in India and eventually forming a new band in England. After moving back to the U.S., Ferguson in 1974 drifted quickly into commercialism. Young trumpeters in high school and colleges were amazed by his high notes, but jazz fans were dismayed by the tasteless recordings that resulted in hit versions of such songs as the themes from Star Wars and Rocky and much worse. After cutting back on his huge orchestra in the early ’80s, Ferguson recorded some bop in a 1983 session, led a funk band called High Voltage during 1987-1988, and then returned to jazz with his “Big Bop Nouveau Band,” a medium-sized outfit with which he toured the world up until his death from kidney and liver failure on August 23, 2006.

The New Sounds Of Maynard Ferguson/Come Blow Your...