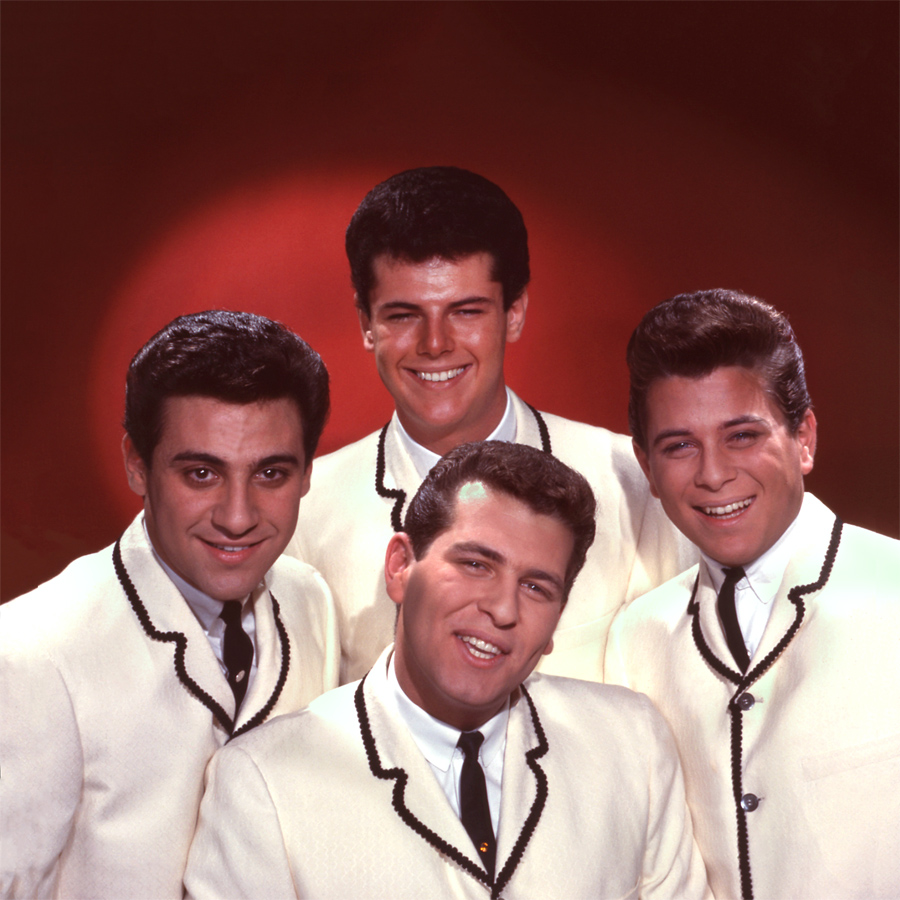 The Dovells made their mark as the kings of early 1960’s dance records! The group formed in 1957 singing at local school functions. They began as the Brooktones, their name being taken from their educational institution in Philadelphia, Pennsylvania: Overbrook High School.

The original members of the group were:

Rehearsals were not only held at their houses, but occasionally at John Madara’s record shop on 60th and Market. (John Madara was co-writer of “At The Hop” for Danny and the Juniors.)

All the members were big fans of rhythm and blues. Among their favorites were Jackie Wilson and Frankie Lymon and the Teenagers. The group even recorded several Teenagers songs, including “Why Do Fools Fall In Love” and “I Want You to Be My Girl”.

The Brooktones wrote several tunes as a group such as “No, No, No” which gained some recognition in Philadelphia. After little success, the group disbanded.

Jerry and Mike had left to form a new group called The Gems with Mark Stevens and Alan Horowitz in the summer of 1960.

In the meantime, while they were negotiating to sign with Bob Marcucci’s Chancellor Records (the home of teen idols Fabian and Frankie Avalon), the Brooktones had added William Shunkwiler and Jerry Sirlin.

In December of 1960, a live audition was arranged for the quintet with Cameo/Parkway execs Bernie Lowe, Kal Mann, and A&R head Dave Appell. Once they were signed in late 1960, they began recording two of Len’s songs. Running into harmony problems, Len called Jerry and asked him to come back and help out. At Jerry’s suggestion, Mike joined the group.

After returning from a trip to Miami Beach where he stayed at the Deauville Hotel, Bernie Lowe suggested the Brooktones change their name to the Deauvilles. The group thought it was too hard to spell and since the big thing then was the “L” sound, (Shirelles, Rydell, Chantels, etc.), the group became The Dovells. The Dovells’ first single, released in March 1961, was the Len Barry-penned tune, “No, No, No”. In late spring, the quintet returned to the stage (this time at Cameo’s studios at 1405 Locust) to record their new “A” side: the 1957 Teenagers ballad “Out in the Cold Again”.

While this session was proceeding, Parkway promotion man Billy Harper excitedly entered the studio, babbling on about a new dance kids were doing called “the Stomp” at the Goodwill Fire Hall in Bristol, just outside Philadelphia.

Jerry remembers, “Billy put on a student’s record of “Everyday of the Week,” and you’ll notice the guitar riff at the beginning sounds familiar, and that’s what they were dancing to. Kal and Dave went “hey, we should write a song called ‘The Bristol Stomp’ and they did it overnight (and practically over “Everyday of the Week”.) We came in the next day and they said, ‘Let’s record this’ and we did. “Out in the Cold” became the “B” side.

“Bristol Stomp” spent the better part of the summer of 1961 doing nothing, and then it broke out of the Midwest. On September 11th “The Bristol Stomp” gained enough momentum to go national and by October 23rd was the number two seller in America according to Billboard and the number one seller according to Cash Box “Bristol Stomp” also reached number seven on the R&B chart.

Parkway had found the Dovell’ niche, and they kept filling it. Following “Bristol.” “Do the New Continental,” with the same kind of dance orientation, made Billboard’s Pop chart on January 27, 1962, and reached number 37. In fact, their next three singles were all dance titles that all charted, including “Bristol Twistin’ Annie” (which they did in a mere 29 takes), number 27, “Hully Gully Baby,” number 25, and “The Jitterbug,” number 82, all in 1962, giving them five different charters to five different dances in a little over a year.

Sounding too much like a black group, the Dovells performed more at black shows and theatres than in white venues. Their first large-scale performance, upon the release of “Bristol Stomp,” was at the Fox Theatre in Detroit with Ray Charles, Timi Yuro, Gloria Lynne, and Fabian.

The career pace became so fast and furious that on one trip between Washington’s Howard Theatre and the Apollo Theatre in New York City the group was brought into Philadelphia by Parkway and cut a whole album in two days.

Their next single, “Betty in Bermudas” was another goodie in the “You Can’t Sit Down” vein, and the

Kal Mann/Dave Appell-penned song (the writers of many Dovells recordings) was a perfect summer rocker.

Unfortunately, by the time it built up enough steam to chart, summer was already over, and it only managed to climb to number 50. Around this time, they heard a tape of an English group’s record released to Swan Records. The Dovells and Parkway thought the song was a natural for them and immediately recorded it, but procrastination on Parkway’s part cost them a hit.

(The Swan release came out in January 1964 and went to number one. The group was the Beatles and the song was “She Loves You.”) The Dovells’ version was never released and to this day is sitting in a vault somewhere.

Earlier group differences exploded at a Christmas show performance in Miami Beach. According to Jerry, a dispute arose over whether or not to tailor their talents to the Miami crowd. Most of the group wanted to, and they threatened to quit after the show. Len, the dissenting voice, saw that he was outnumbered and quit instead.

The group, now a trio, returned to Philly and recorded three Parkway singles in 1964, including the

Beach Boys-styled “Be My Girl,” the Lettermen-influenced “Happy Birthday Just the Same,” and the up-tempo, harmony-filled Four Seasons-styled “What in the World’s Come Over You.”

Their best record since “You Can’t Sit Down,” “What in the World’s Come Over You” was a blending of pop, rock, and folk with Jerry’s outstanding lead.

During their tenure at Parkway, they recorded as an uncredited vocal group behind Chubby Checker on his hit “Let’s Twist Again” and performed as backups to Fabian, Chubby Checker, and with Jackie Wilson at the Brooklyn Fox.

Meanwhile, Len Barry signed with Decca as a solo act and placed the single “One, Two, Three” at #2 in November 1965.

In the spring of 1968, while driving home on the New Jersey Turnpike from a show, Jerry came up with an idea for a song based on a segment of TV’s “Laugh-In” show known as “Here Come the Judge.” He and Mike finished the song in the car, recorded it the following night with a female lead named Jean Hillery, and went to New York the very next day to place it.

Not having slept in 48 hours, Jerry and Mike walked dazed into MGM’s suite and made a beeline for A&R director Lenny Sheer ‘s office. Interrupting a meeting, they announced, “We have a hit record,” to which Sheer responded “Great! But who the hell are you?”

After a quick exchange of amenities Sheer asked the guys to wait outside. A few minutes later he emerged to inform them that they did indeed have a hit, and he signed them on the spot.

The act was to be called The Magistrates. It was a Thursday, a mere 48 hours after the concept was born on the Turnpike. The following Saturday the Dovells were driving to New York across the George Washington Bridge and listening to WABC when “Here Come Here Come the Judge” came blaring out of the radio, putting them into such a frenzy that they nearly drove off the bridge. For the summer of 1968, the Dovells toured with Jean, and when she came out they’d become The Magistrates. “Here Come the Judge” became an East Coast smash and made it up the Billboard scale to number 54 pop.

Around this time, Mike Dennis left and Mark Stevens became a regular. No further Magistrates releases followed, however, and the group went back to being full-time Dovells.

In 1974 the Dovells charted with a rockin’ dance record. It was “Dancin’ in the Street,” from the Martha and the Vandellas hit of 1964. The Event release was picking up national action (number 105) when European parent company Polydor stepped in and fired Event’s promo people, leaving the group with a record the deejays couldn’t play because the record honchos weren’t supplying 45’s to the stores.

The group continued to perform until a gig at Hershey’s Lodge in Hershey, Pennsylvania, when Arnie gave his two-week’s notice. Mark and Jerry continued the group without skipping a beat, having band members filling in on vocals and developing a Dean Martin/Jerry Lewis-styled stage act to go with their million-selling hits. The approach enabled them to work 16 weeks a year in Las Vegas!

In 1991 Len rejoined Jerry and Mark for two reunion performances. Arnie became finance manager of an auto dealership in New Jersey. Jim Mealey died in the mid-70’s. Jerry is producing corporate events and has an advertising agency when not performing with the Dovells. Jerry and Mark continue to perform nationally and internationally appearing & performing with President Bill Clinton at the inaugural ball and other presidential events. The Dovells today are one of the top musical comedy acts around! 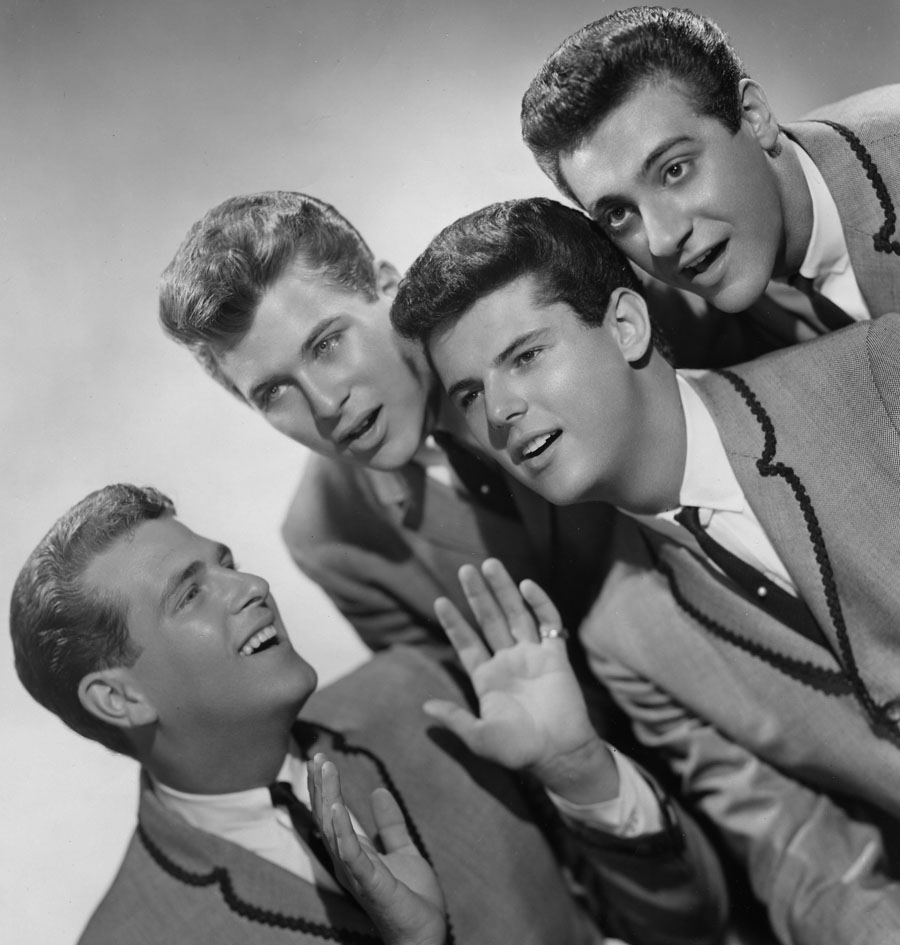 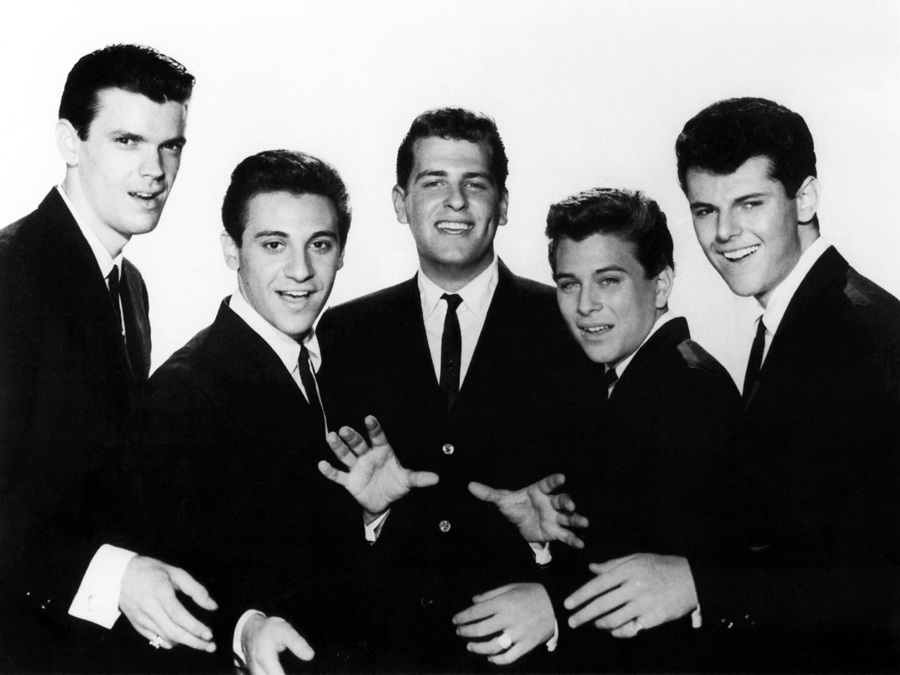 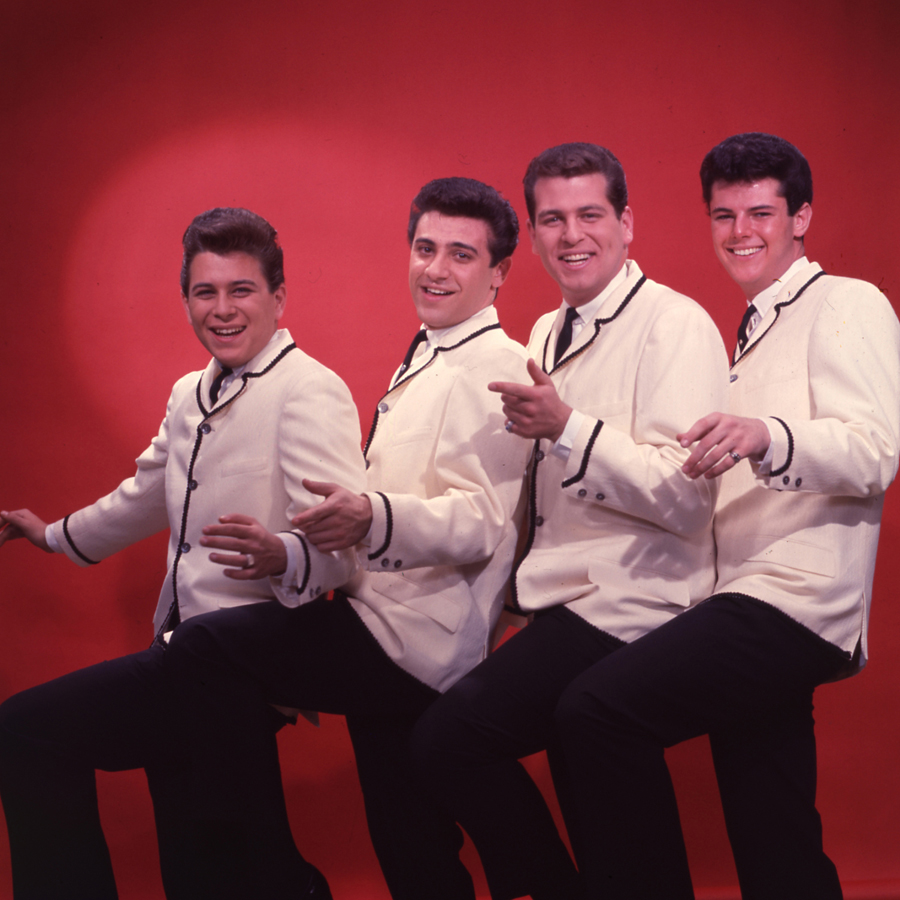 The Best of The Dovells