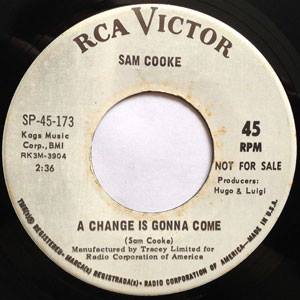 One of the greatest songs of the sixties, “A Change is Gonna Come,” was released as a single Christmas week 1964, 50 years ago.

Sam Cooke, the man who wrote and sang the song, had died 11 days earlier.

Half a century later, the change is still coming…