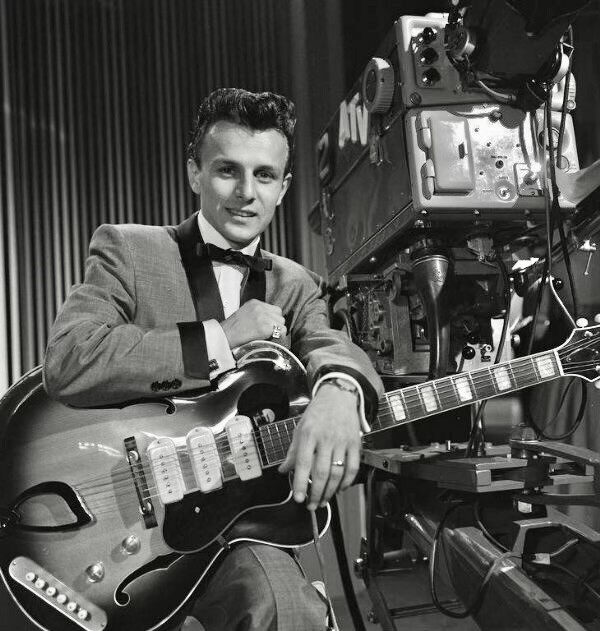 It has been revealed that rock ‘n’ roll pioneer Charlie Gracie died this past Friday, December 16. The news of his passing came from his family via ABKCO Records, home to the catalog of Cameo Records, the Philadelphia label for which he recorded and released his biggest hits.

Barely out of his teens, Charlie Gracie joined the fledgling Cameo label in 1956 and hit with “Butterfly,” the single going to #1 on Billboard’s pop chart the following year, despite a battle with Andy Williams’ cover version of the song. He would go on to tour with Jerry Lee Lewis, Chuck Berry, The Everly Brothers, Bo Diddley and Eddie Cochran and star in the 1957 film Jamboree.  He found an early market in the UK where he enjoyed a string of chart successes including “Fabulous,” “I Love You So Much It Hurts,” “Wanderin’ Eyes,” “Cool Baby” and the aforementioned “Butterfly.” A venerated figure in the British rock community, he was showered with plaudits from the likes of George Harrison, Eric Clapton, Peter Noone, Jeff Beck, Graham Nash, Van Morrison, Cliff Richard and Paul McCartney. Both McCartney and Richard recorded versions of “Fabulous” in tribute and Morrison chose Gracie to be his 2000 West  Coast Tour opener.

Born Charles Anthony Graci, the Philadelphia native was encouraged early in life to pursue the guitar and singing. At the age of 15½ he recorded his first single, “Boogie Woogie Blues,” for Cadillac Records. He continued to perform the song throughout his career including his very last performance in April of this year.  He appeared on the Paul Whiteman TV show at the age of 16 in 1952, two years before he graduated from South Philadelphia High School. Performing at social functions while doing his best to start a recording career, his signing to Cadillac Records led to an appearance on American Bandstand, then hosted by Bob Horn, four years before Dick Clark’s arrival on the show. His recordings for Cadillac, and, later, 20th Century Records, though not particularly successful in a commercial sense underscored his connection to blues and country music reflecting the influence of Big Joe Turner, B.B. King and Hank Williams. His was the classic “birth of rockabilly” story but with a twist as it was set in Philadelphia rather than below the Mason-Dixon line. With his Cameo affiliation, Gracie’s career took off as “Butterfly” sold two million copies and established the label as one of the industry’s leading independents.

Within the next year, Gracie toured Great Britain twice, leaving a lasting impression. Graham Nash commented about when Gracie played his native Manchester, “We had been waiting for many weeks for the show. It was a great night of this ‘new music’ and was enjoyed by all who were there. It raised and strengthened my spirits to know that I was not wrong when I sought out, strived for and finally loved this feeling, this desire, to make music, to communicate through music… to get it out…”

After his tenure with Cameo concluded, Gracie continued to tour, recording for such labels as Coral, Roulette, Felsted and Diamond, with performance dates in the US, as well as the UK and throughout Europe. More recently, he affiliated with Lancaster PA-based Lanark Records, whose owner Quentin Jones produced two Charlie Gracie albums. In 2006, ABKCO released his entire Cameo output on The Best of Charlie Gracie: Cameo Parkway 1956-1958.

In 2011, ABKCO released For The Love of Charlie, a new studio album produced by Al Kooper and Quentin Jones with guest appearances by Peter Noone, Graham Nash and Jimmy Vivino. Kooper, whose career goes back to his days with The Royal Teens of “Short Shorts” fame, had played on Bob Dylan’s “Like A Rolling Stone” and was a member of the Blues Project, founder of Blood, Sweat & Tears and discovered and produced Lynyrd Skynyrd, commented at the time, “Charlie was a big part of my growing up in terms of influence on me in my rockabilly period that came after my doo wop phase. I play in a rockabilly trio every now and then though ‘Butterfly’ and ‘Fabulous’ aren’t in the repertoire because there are some things you can’t touch.”

That same year, on his 75th Birthday, he recorded “Baby Doll,” his first single in over 50 years to receive UK airplay on the BBC. Issued by RED/Sony, the record entered the US Top 100 on Mediabase’s Top 40 Chart.

Charlie Gracie was inducted into the Rockabilly Hall of Fame as well as the Broadcast Pioneers of Philadelphia Hall of Fame. The Philadelphia Music Alliance honored him with a plaque on the Philadelphia Walk of Fame on the Avenue of the Arts and there is a Charlie Gracie Avenue in Wildwood NJ at Oak and Atlantic Avenues, the site of the Bolero Club where he often performed.  Gracie is the subject of the documentary Fabulous that aired on PBS stations; his autobiography, Rock & Roll’s Hidden Giant: The Story of Rock Pioneer Charlie Gracie, was published in 2015 with an endorsement from Paul McCartney. He is survived by Joan, his wife of more than 60 years, daughter Angela Gracie, son Charlie Gracie Jr., daughter-in-law Kim Gracie and brother Frank Gracie.

Taking stock of his “Fabulous” career in recent times, Charlie Gracie wrote, “When all is said and done… I’m still little Charlie Gracie from South Philly who sings and plays the guitar. If you ever came to see me perform – and you found yourself entertained – and I made you happy for a few hours, then I’ve fulfilled my mission in this life. I’m eternally grateful to God for that opportunity!”