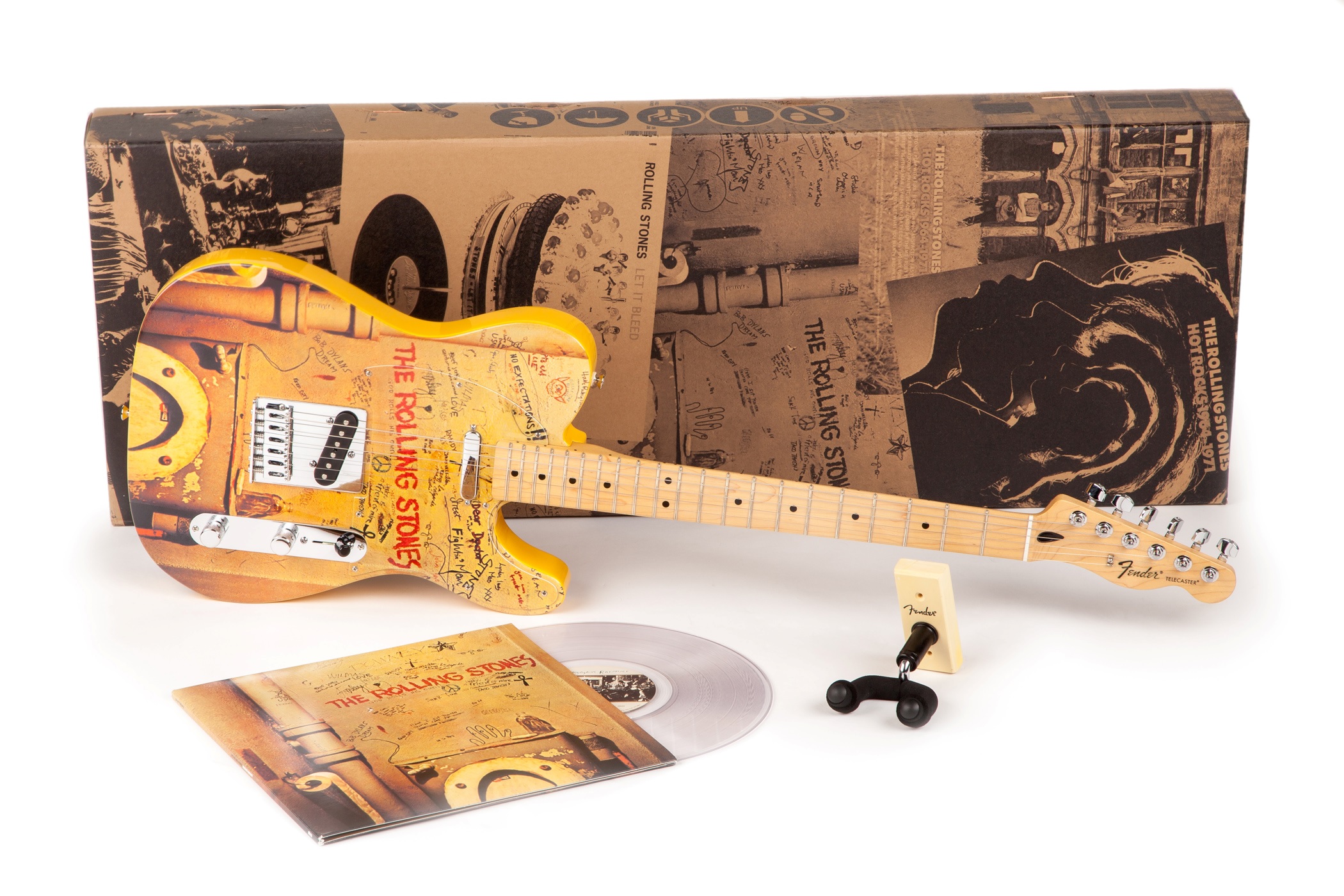 Beggars can be choosers this holiday season, thanks to the Limited Edition Fender Beggars Banquet Telecaster® guitar package sold exclusively through Amazon.com. The Beggars Banquet Telecaster is the result of a strategic marketing venture between ABKCO Music & Records and Fender in celebration of ABKCO’s recent release of the ‘Clearly Classic’ edition of the landmark album on clear vinyl.

Only 300 of the guitar packages will be produced, featuring artwork from the Rolling Stones Beggars Banquet cover on the front and the gatefold feast on the back of the guitar’s body, as well as a numbered neck plate, Beggars Banquet clear vinyl LP and Fender-branded guitar wall hanger. For the first time ever, as a result of a new state of the art printing process, the artwork is printed directly onto the guitar’s body and pickguard, ensuring vibrant high-resolution imagery and maximum durability. The box the guitar package is shipped in is adorned with iconic Rolling Stones LP cover art, creating the perfect gift for rock ‘n’ roll enthusiasts the world over.

The Beggars Banquet Telecaster guitar incorporates the original album art from 1968, when the Stones’ legendary album was first released in the UK. The cover depicts a graffiti-defaced public toilet, which at the time was deemed too controversial for domestic consumption in the U.S., prompting the record company to package it with an all white alternate cover. ABKCO restored the cover art to the original in successive re-issues of the title culminating with the current ‘Clearly Classic’ LP version.

“The music on Beggars Banquet is as unique, powerful and timeless as the Telecaster guitar,” said Justin Norvell, vice president of marketing for Fender. “By working with ABKCO and Amazon, we’re able to create an instrument as raw and original as the album.”

“The Limited Edition Beggars Banquet guitar package expands the long and successful partnership between ABKCO and Fender,” noted Alisa Coleman, ABKCO Music & Records Senior Executive Vice President. “It is yet another opportunity for us to expose The Rolling Stones’ music to guitar aficionados and fans around the world.”