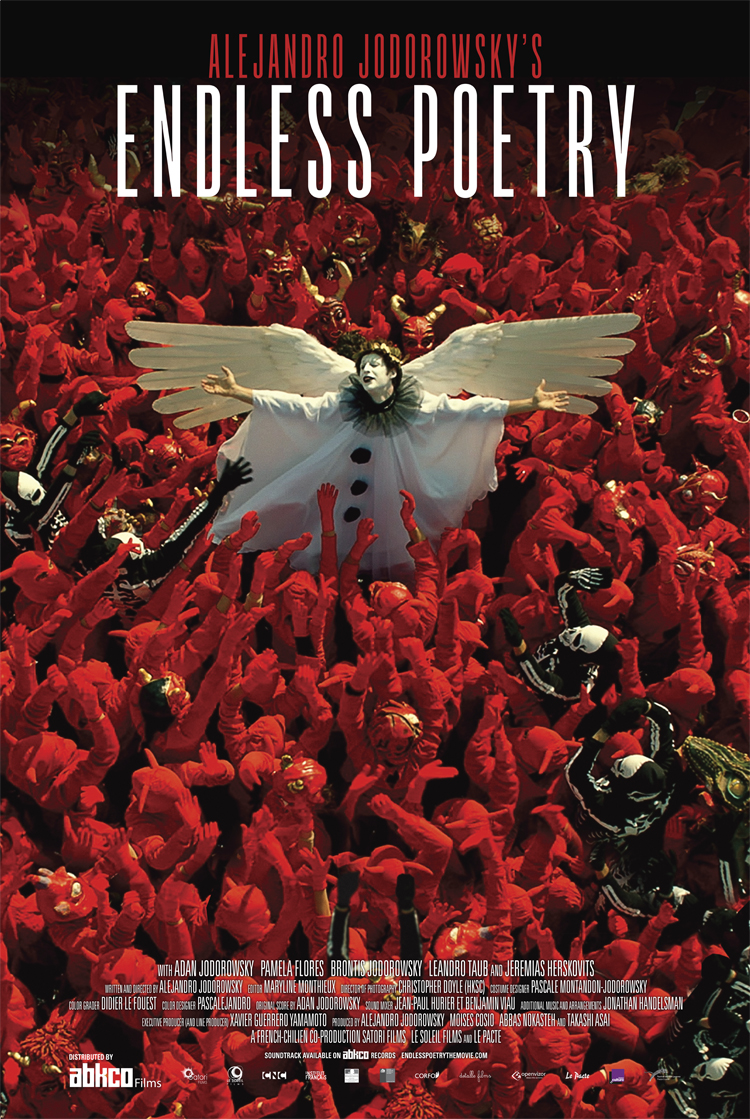 Alejandro Jodorowsky has launched a Kickstarter for his latest film, Endless Poetry (Poesía Sin Fin), the second part of a two-part story that he started with the autobiographical The Dance Of Reality.

Endless Poetry (Poesía Sin Fin) flashes back to those decisive years in Alejandro Jodorowsky’s youth; years that defined the principle that would reign over his entire life: Poetry. The director’s life has been a constant effort to expand his imagination and push back against his own limits in order to apprehend and harness the potential for liberation that lies within each and every one of us. His career has been an open invitation to follow him in his efforts.

Jodorowsky is raising $350,000 from Kickstarter in order to make the film and contributors will receive what he is calling Poetic Money, which are dollar bills with his face and with a poem written by him in Spanish printed on it, in exchange for their dollars.