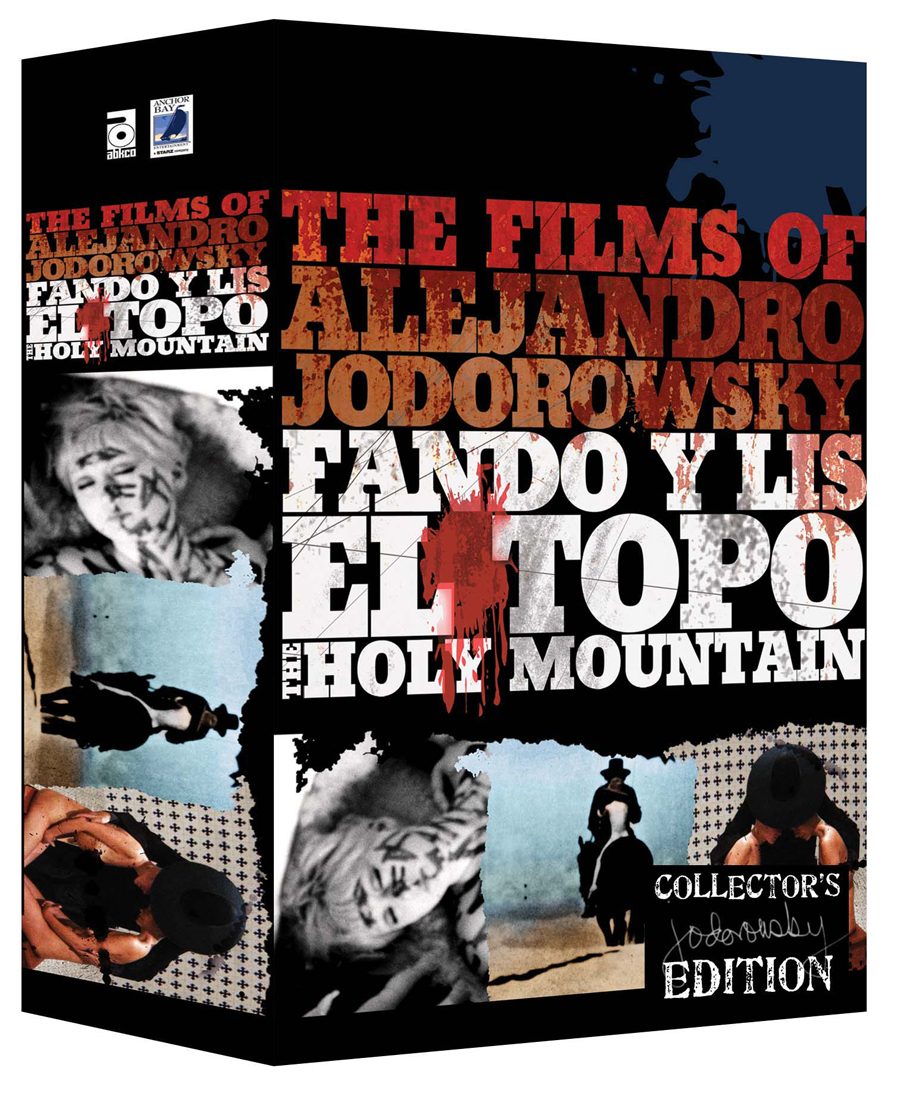 On May 1, 2007 ABKCO Films will release Alejandro Jodorowsky’s trio of mind-bending classics, El Topo, The Holy Mountain and Fando Y Lis, on DVD for the first time ever.

These astonishing films, which have been fully restored and remastered, will be available as a special limited edition collector’s box set featuring exclusive rare bonus materials. The box set will be available for an SRP of $49.98, with El Topo and The Holy Mountain also available separately at $24.98 each.

Originally released in 1970, El Topo quickly caught the imagination of movie audiences, becoming a landmark in independent film-making. The early screenings at New York’s Elgin Theater sparked the Midnight Movie phenomena, catalyzed by an endorsement from John Lennon and Yoko Ono. Classic Americana and avant-garde European sensibilities collide with Zen Buddhism and the Bible as master gunfighter and mystic El Topo (played by writer/director Alejandro Jodorowsky) tries to defeat four sharp-shooting rivals on a bizarre path to allegorical self-awareness and resurrection. As it seeks an alternative to the Hollywood mainstream, El Topo is also the most controversial quasi-Western head trip ever made!

Jodorowsky’s high budget follow up effort, The Holy Mountain, takes his psychedelic allegorical mastery to another level. Grotesque, mystical and sacrilegious, it is an excursion into the meaning of earthly wealth and immortality.

Rounding out this unique set is Jodorowsky’s first full-length feature film, Fando Y Lis. Based on Jodorowsky’s memories of a play by surrealist Fernando Arrabal, it caused an uproar in the avant-garde community when it premiered in 1967 in Acapulco.

Among the extras included in this collector’s box is previously unseen footage, a feature on the restoration process, an exclusive interview with Jodorowsky, optional director commentary tracks, subtitles, two special CDs of the films’ soundtracks and a separate DVD of the first film ever made by Jodorowsky, La Cravate.