September 7 will be the be time ever that all records by the celebrated Detroit group will be made available since their origination as 45rpm singles. The collection is wrapped in a newly designed album package, sold as a single CD, a single 180-gram vinyl LP, and on all digital platforms. “Persecution Smith”, the first single from the rare recordings is available to stream and as an Instant Grat pre-order. 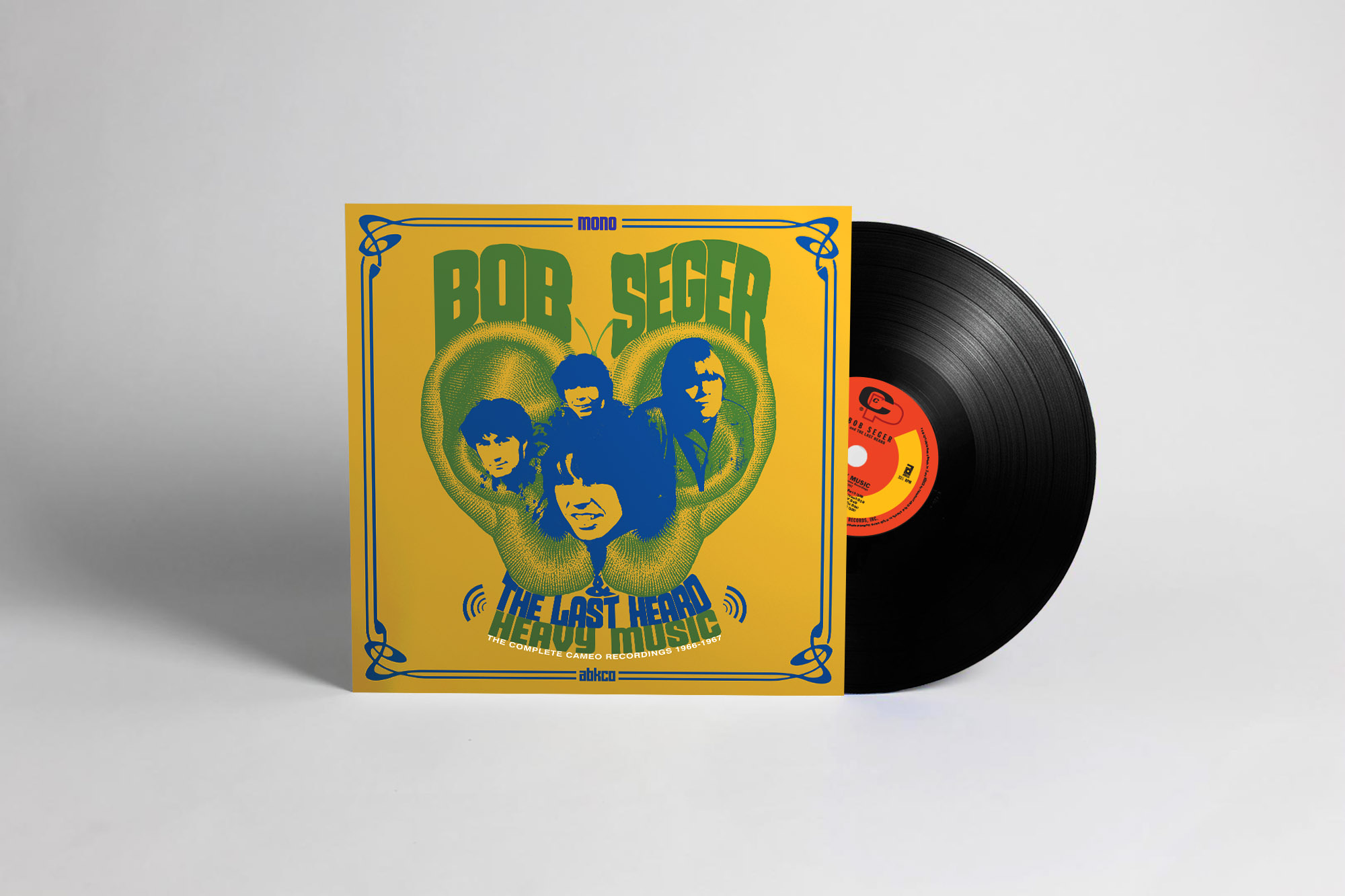 While serving as keyboard player and occasional singer in Doug Brown & The Omens, Seger met his future manager Edward “Punch” Andrews who co-owned the Hideout Records label. After The Omens split up, Seger formed his own group and while writing for The Underdogs, another band on Hideout,  he co-authored their single “Get Down On Your Knees.” After a failed attempt by The Underdogs to record the Seger-penned “East Side Story,” Seger was encouraged to record it himself and it was released by Hideout in June of 1966 under the name Bob Seger. The fantastic single was quickly reissued by Cameo Records just 6 months later, with Bob Seger & The Last Heard on the label, cementing the band’s name.

With the help of former bandmate Doug Brown, the group recorded four more singles for the Cameo label over the course of the next year culminating with “Heavy Music” in July 1967. Launched with a simple but catchy bassline with snaps and claps to get the groove going, “Heavy Music” became a hit locally in Detroit, and the band appeared on the local Detroit TV show Swingin’ Time. The 45 of “Heavy Music (Part 1)” backed with “Heavy Music (Part2)” charting at #103 in Billboard and #70 in Cashbox.

Stylistically, Bob Seger & The Last Heard went beyond the simple garage rock stomp and stammer formula and spread their wings lyrically and sonically in a few short years. “Persecution Smith” pokes fun at half-hearted revolutionaries in a style reminiscent of “Bob Dylan’s 115th Dream,” “Sock It To Me Santa” (released for Christmas, 1966) references James Brown’s “Papa’s Got a Brand New Bag,” and “Heavy Music (Part 1)” carries a Spencer Davis Group swagger before “heavy” music was even a term in the popular vernacular. “East Side Story” is an urban saga that tells the story of a woman in a tenement apartment begging her man not to head uptown with his knife; placed akin to a tune reminiscent of “Gloria” by them.

Heavy Music: The Complete Cameo Recordings 1966-1967 has liner notes by the celebrated music writer Jim Allen, original photographs and label art from the Cameo vaults. The monophonic collection was mastered by Robert Vosgien at Capitol Mastering and the vinyl was pressed in Detroit at Third Man Pressing.