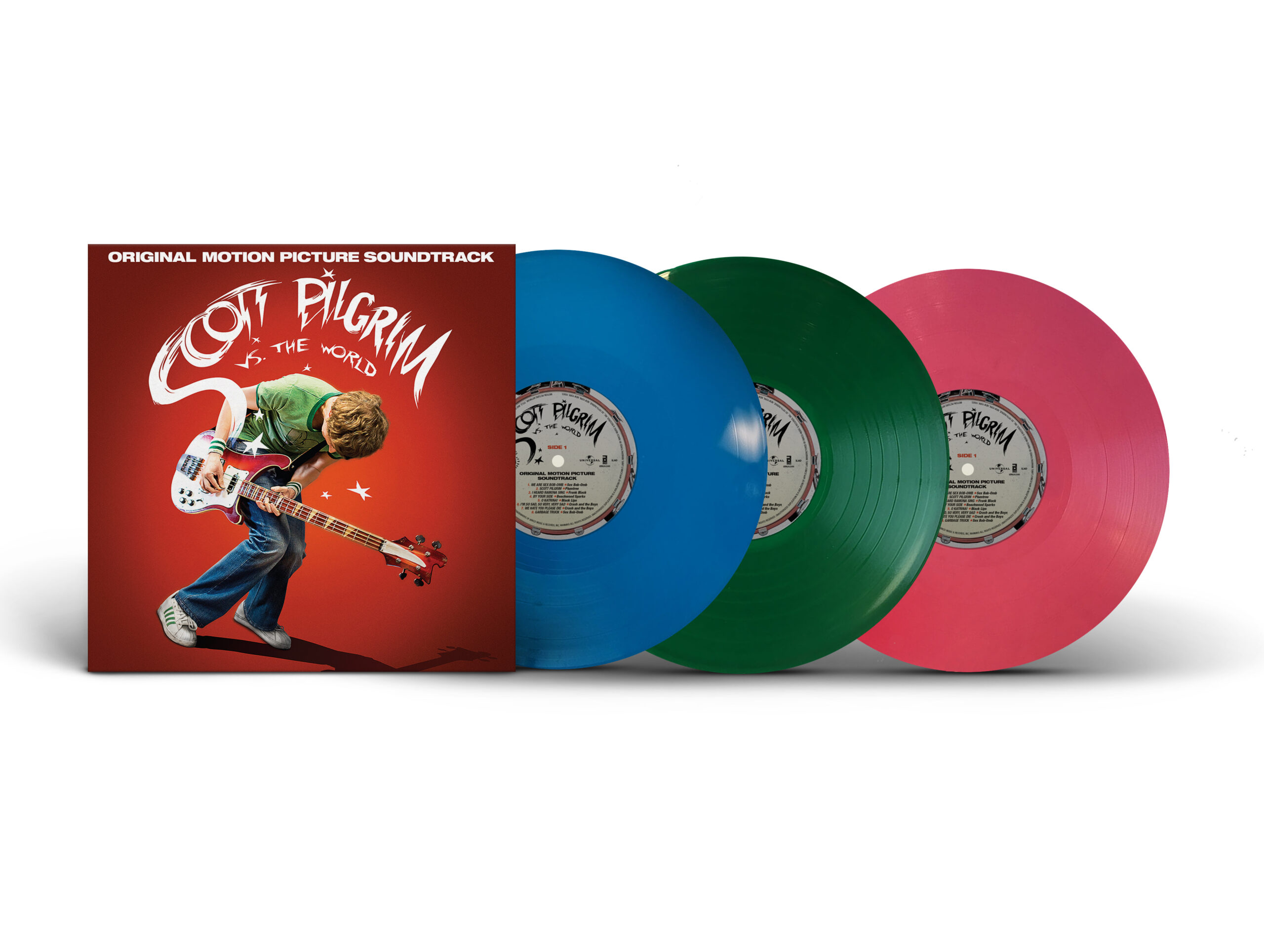 This past summer marked the tenth anniversary of the theatrical release of Universal Pictures’ Scott Pilgrim vs. the World. The film adaptation by director Edgar Wright (Hot Fuzz, Baby Driver) of Bryan Lee O’Malley’s graphic novel series starring Michael Cera, Mary Elizabeth Winstead and Kieran Culkin became a cult classic due in no small part to the use of music in its storytelling. The soundtrack album was originally released in 2010 by ABKCO Records and took on a life of its own in the collector’s market. On June 11th, the nineteen track album will be reissued as the Ramona Flowers Edition on an assortment of blue, green and pink vinyl, representing the colors of the character’s hair throughout the film. ABKCO will also be releasing an Envy Adams Edition on yellow vinyl to coordinate with the character (portrayed by Brie Larson)’s blonde hair. The Scott Pilgrim vs. the World (Envy Adams Edition) is available exclusively on ABKCO’s online store.

Scott Pilgrim vs. the World finds Cera’s character smitten by Ramona Flowers (Winstead) and having to battle her seven evil exes who are out to kill him. Interwoven into the plot is a plethora of fictitious music groups acting out the performances of original compositions by real recording artists. Under the direction of producer Godrich (Radiohead, Paul McCartney, U2), Beck provided the music for Scott’s low-fi garage band Sex Bob-Omb; Canadian synth-rockers Metric did the same for The Clash at Demonhead, and fictitious group Crash and the Boys were brought to life by Broken Social Scene.

The entire process took two years of Godrich’s life, during which he essentially cast ultimate fantasy bands and got non-musician actors to learn their respective instruments with the aid of Chris Murphy from the band Sloan. The original soundtrack, which went to #2 on the Billboard soundtrack chart, also includes songs by Frank Black, Beachwood Sparks, Black Lips, T. Rex, Blood Red Shoes, The Rolling Stones and The Bluetones.

Since its release, Scott Pilgrim vs. the World (Original Motion Picture Soundtrack) has received many accolades. UK’s The Independent ranked it 4th out of “the 40 greatest film soundtracks of all time,” declaring that Wright “found a way to seamlessly integrate his soundtrack into Scott Pilgrim vs. the World’s narrative.” It was also included on Alternative Press’ list of “16 Fantastic Movie Soundtracks You Need To Hear.” The track, “We Are Sex Bob-Omb” won the 2010 Houston Film Critics Society Award for Best Original Song.

On March 26 ABKCO will release the expanded Scott Pilgrim vs. the World (Original Motion Picture Soundtrack) Seven Evil Exes Edition. Edgar Wright and Nigel Godrich have curated an expanded, four vinyl LP picture disc offering of the soundtrack/score, including more performances by Sex Bob-omb and demos from Beck, as well as fan favorite “Black Sheep” by Metric and sung by actress Brie Larson. Each side of each LP is graced with an image of one of the “Seven Evil Exes” characters from the film, with an image of Scott Pilgrim with Ramona Flowers on the eighth side. This marks the first time ever that Godrich’s score will get a vinyl release, which will also be available separately on March 26 as a blue vinyl 2-LP set.

Scott Pilgrim. vs the World fans will also be able to experience the Universal Pictures film exclusively in Dolby Cinema in 2021.