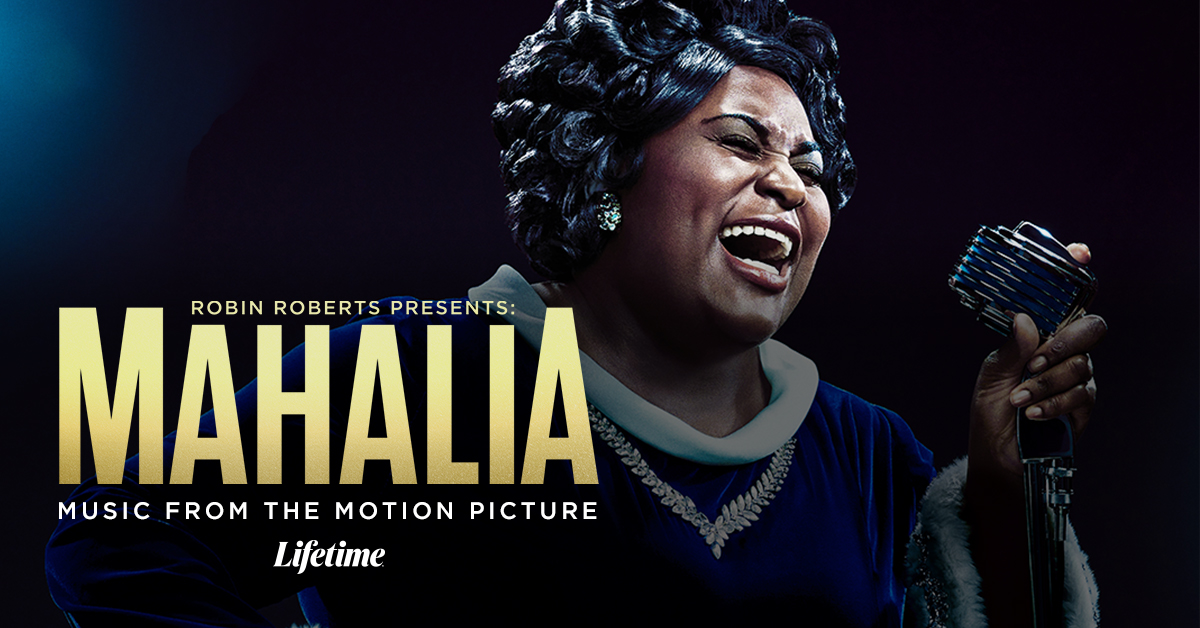 Danielle Brooks, who shines in the role of Mahalia in the Lifetime original film, is a Julliard graduate who won a Grammy in 2017 in the Best Musical Theater album category for her role as a principal soloist in The Color Purple. She rose to national prominence as Tasha “Taystee” Jefferson in the hit TV series Orange Is the New Black and has had parts in numerous films, TV productions and stage plays.

Of her title role as Mahalia, she commented, “Mahalia Jackson moved the masses with her sound. Her voice somehow encompassed the fullness of the black experience. It represented where we wanted to go, how we wanted to be seen. While recording her music I definitely felt a high level of responsibility to fulfill all that she was through spirit, sound, and feeling. I’m grateful for the opportunity to remind this generation of her legacy and all the goodness she left the world with.”

The Mahalia soundtrack was produced by Matthew Head at Atlanta’s 800 East Studios; Head also wrote the film’s score that is featured on the soundtrack album. His contemporary production and Brooks’ talent showcase the material for a new audience. Head has created numerous Grammy-nominated as well as Emmy, NAACP Image and Peabody Award winning soundtracks working out of the Marietta, Georgia home in which he grew up.  He worked on two seasons of OWN’s Greenleaf, BET’s Boomerang as well as The Family Business, P-Valley and, most recently PBS/WETA’s celebrated The Black Church: The is Our Story, This is Our Song. He has more than 75 credits as a film composer, music producer, and arranger. He says of his film and TV work, “I am interested in using music to elevate and enhance the project instead of competing or overshadowing.” Jazmin Crumley, whose voice is heard through the radio by a childhood Mahalia, is also featured on the album performing “Hello Heartbreak.”

In the film, Dirden stars as Russell Roberts, the dashing, music-loving Reverend who falls for Mahalia when they first meet in the late 1940s while Kalukango takes on the role of Mildred, Mahalia’s talented and opinionated, long-time pianist. Washington portrays Estelle, a piano teacher Mahalia meets at church who goes on to become her life-long friend and Demery stars as Dr. Martin Luther King, Jr.

Born in New Orleans, Mahalia Jackson began singing at an early age and went on to become one of the most revered gospel figures in U.S. history, melding her music with the civil rights movement.  Her recording of the song “Move On Up A Little Higher” sold millions of copies, skyrocketing her to international fame and gave her the opportunity to perform at diverse settings including in front of a racially integrated audience at Carnegie Hall and at John F. Kennedy’s inaugural ball. An active supporter of the Civil Rights Movement, Jackson sang at numerous rallies, including the March on Washington in 1963 alongside Martin Luther King, Jr., in hopes that her music would encourage and inspire racial equality.  Mahalia’s friendship with Dr. King and her callout at the 1963 March is said to have inspired Dr. King’s “I Have a Dream Speech”.

1. Worthy Of Your Gifts – Matthew Head

6. Sometimes I Feel Like a Motherless Child – Danielle Brooks

9. Move On Up A Little Higher – Danielle Brooks

13. His Eye Is On The Sparrow – Danielle Brooks

20. I’m Going to Live the Life I Sing About in My Song – Danielle Brooks