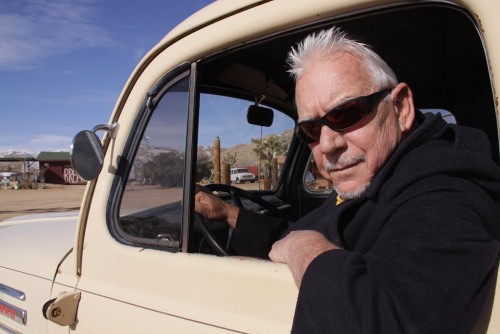 Eric Burdon makes a triumphant return to this year’s SXSW in Austin, TX on March 14. His appearance there last year was highlighted by a SRO performance with Bruce Springsteen. Springsteen placed the spotlight directly on Eric during his keynote address, characterizing The Animals’ “We Gotta Get Out of This Place,” as “Every song I’ve ever written… ‘Born to Run,’ ‘Born in the USA,’ everything I’ve done for the past 40 years, including all the new ones.”

‘Til Your River Runs Dry , is Eric’s latest solo release on ABKCO Records. The 12-track album has been met with rave reviews and resoundingly positive feedback from radio and media and is a strong contender on The Triple A music charts. Also on Eric Burdon’s musical agenda this year is a special collection celebrating the 50th anniversary of the Animals. This exciting package, to be released by ABKCO later this year, will pay tribute to one of the British Invasion’s most groundbreaking bands whose soulful ferocity still resonates to this day.

The year was marked by other collaborations including an EP with The Greenhornes, produced by Brendan Benson. Apart from his musical endeavors, Eric is also working on a memoir, a follow-up to his first two autobiographies, I Used to Be An Animal, But I’m Alright Now and Don’t Let Me Be Misunderstood. The forthcoming book, release date to be announced, is titled “Breathless.”

SXSW promises to be full of more musical collaborations and Animals-related tributes, some confirmed details of which are listed below (with much more to come):

“A voice that still resonates with earthy power” – Rolling Stone

“Eric Burdon is back, bigger and better than ever. It’s about time – for him and for us.” – No Depression

“..still unmistakably the person who mesmerized 60’s youngsters singing “House of the Rising Sun” with booming angst. ..this is a well-earned victory lap. Eric Burdon’s river is far from running dry.” – American Songwriter